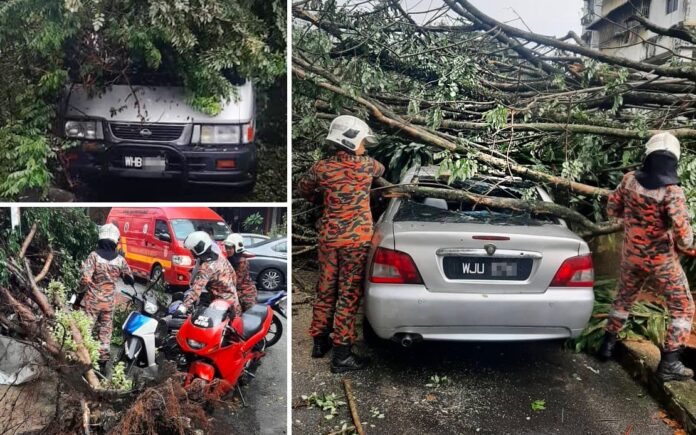 KUALA LUMPUR, Nov 27 — Two vehicles and two motorcycles were crushed by trees that toppled during a storm at the Pandan Jaya Apartments and Jalan Pandan here this afternoon.

Selangor Fire and Rescue Department (JBPM) director Norazam Khamis said, however, there were no casualties reported in both incidents following heavy rain and strong winds.

“The Fire and Rescue Department received the first call at 3.13 pm and arrived at the scene at Jalan Pandan 2/3 in Pandan Jaya 10 minutes later and found a fallen tree had crushed two motorcycles parked under it.

“The second call was received at 3.38 pm reporting a fallen tree at the Pandan Jaya Apartments which crushed a Proton Waja car and a Nissan Vanette van,” he said in a statement today.

Norazam said work to remove the toppled trees in both locations had been completed.