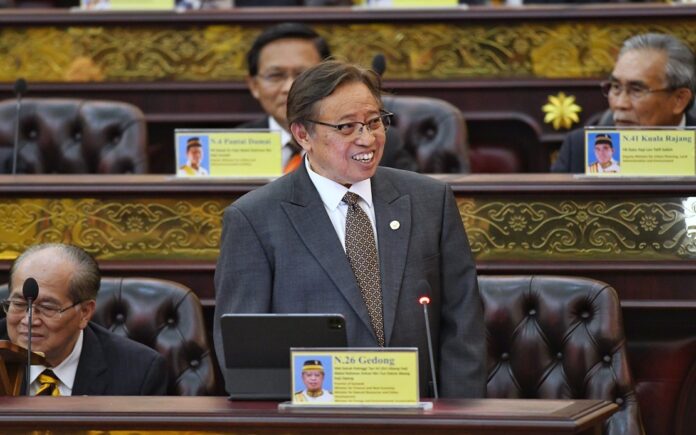 KUCHING, Dec 1 — Sarawak Premier Tan Sri Abang Johari Tun Openg today recited two verses of Malay pantun to deliver good news to civil servants in the state — a special incentive of one-and-a-half-month basic salary or a minimum of RM2,000 to be paid by the end of this year.

When winding-up the debate for the state’s Budget 2023 at the State Assembly sitting here, he said:

For the third consecutive year, Abang Johari also announced a special incentive of RM500 for about 137,000 federal civil servants working in Sarawak.

“The GPS (Gabungan Parti Sarawak) government greatly appreciates the contribution and commitment of the state and federal public service officers in carrying out their duties and responsibilities professionally throughout this year,” he said.

New EPF member registration rises to 146,000 in first quarter of...