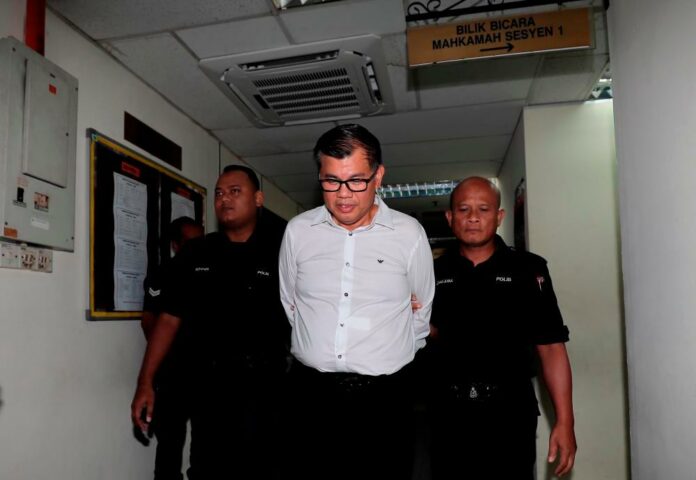 Though Malaysian police too had requested for Teow’s repatriation, Surachate said ‘there is no arrest warrant issued against Teow in Malaysia’.

He said Thai police had received extradition request from the Chinese government.

“We have been working on (Teow’s extradition) for more than a month. We have forwarded the request to Attorney General. Once it is completed, he will be deported to China before end of this year,” he told Bernama here today.

The 55-year Penang-born entrepreneur is dubbed Jho Low 2, in reference to another Malaysian fugitive businessman Low Taek Jho linked to the 1MDB scandal, is on the Interpol Red Notice list for questioning.

On July 22, Teow who is the MBI Group founder was under Thai Immigration Police custody after his visa was revoked and since then he has been awaiting deportation by the Thai authorities.

Malaysia and China are after Teow. It is learnt that China was the first country to request for Teow’s extradition.

Beijing police also reportedly wanted him for questioning following a suit filed by about 400 investors from China to recover investments worth some RM100mil.

On July 25, the Royal Malaysia Police (PDRM) said it is in the process of applying for Teow to be repatriated to Malaysia to assist in investigations under Section 420 of the Penal Code for cheating.

Teow had been making headlines in the kingdom. In 2011, he was sentenced to a day’s jail and fined RM160,000 on two counts of cheating more than RM1 million in an investment scheme – Island Red Café.

In 2017, Malaysian authorities had frozen a total of 91 bank accounts with RM177 million linked to MBI International.

In 2019, hundreds of Chinese nationals staged a peaceful protest outside the Chinese Embassy in Kuala Lumpur claiming that they had been cheated by an online pyramid scheme operated by MBI .

Last year, police said Teow and his two sons were involved in the RM336 million Macau scam. However, police believed Teow had fled to the country and was hiding in Dannok, Sadao, South Thailand.