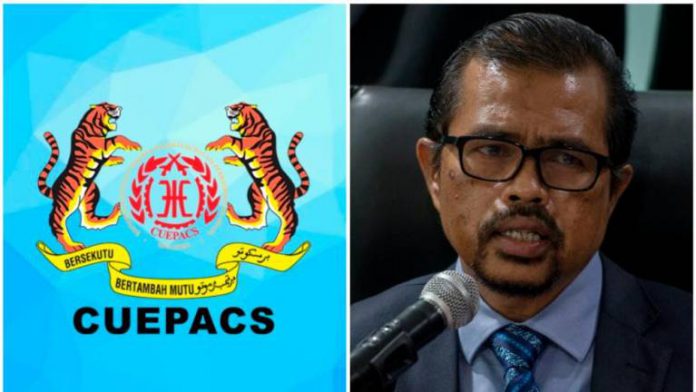 KUALA LUMPUR, Dec 8 — The Congress of Unions of Employees in the Public and Civil Services (Cuepacs) hopes the government will consider paying civil servants a minimum bonus of one-and-a-half month’s salary through the 2023 Budget.

Its president Datuk Adnan Mat said the last time civil servants received such bonus or a minimum of RM1,500 was in 2012 and after that only special financial assistance was given.

“Cuepacs is confident that Prime Minister Datuk Seri Anwar Ibrahim will look into this through the retabling of Budget 2023.

“This has been done by Anwar when he was finance minister some time ago,” he said in a statement today.

In addition, Adnan said Cuepacs proposed that the government give a double annual salary increment (KGT) for all civil servants following to the current increase in the price of goods.

“The special KGT of RM100 is not enough to cover the cost of living with the purchasing cost of basic goods estimated to increase to RM115 based on a study by the Department of Statistics Malaysia,” he said.

Adnan also hopes that the government would introduce a new remuneration system for the public service through the 2023 Budget with a minimum salary set at RM1,800 per month.

“The government should introduce a new remuneration system every 10 years to ensure that it is suitable for use according to the country’s current economic environment. It is irrelevant for the public service to use a remuneration system that is over 20 years old,” he said.