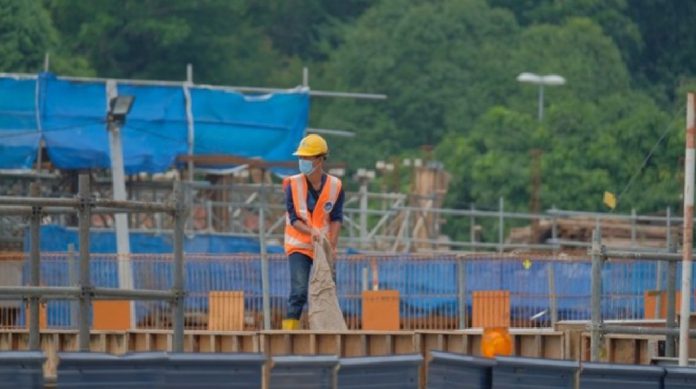 KUALA LUMPUR, June 4 — Eight out of 1,398 construction sites which had resumed work during this Conditional Movement Control Order (CMCO) have been ordered to close after failing to comply with the CMCO standard operating procedures (SOP).

Senior Minister (Infrastructure Cluster) Datuk Seri Fadillah Yusof in a statement today said that between April 20 and June 2, the Construction Industry Development Board (CIDB) has inspected 6,363 construction sites nationwide,1,398 of which were found to have resumed work and 4,965 others have not.

“The construction sites ordered to close by the CIDB are three in Jalan Damai, Kampung Dato Keramat and Mukim Batu in Kuala Lumpur;  three in Taman PKNK Jalan Tun Razak in Kota Setar, Mukim Kuah in Langkawi and Mukim Pulai in Baling (Kedah); and two in Genting Permai in Bentong and Bandar Tun Razak Jengka in Maran (Pahang),” he said.

He said apart from failing to comply with the SOP set by the National Security Council (MKN), the contractors were also found to be unregistered with the CIDB.

In the statement, the minister said all contractors must comply with the SOP so that more development projects could be allowed to resume which will definitely bring about positive impact on the local economy.

“Among the SOP is to ensure that all their foreign workers undergo the COVID-19 screenings and tests, and confirmed free of the disease before returning to work.

“Compliance with the SOP has been seen as successful in detecting positive cases among the construction workers before they return to work. It also allows them and their close contacts to be quarantined to prevent further spread of the disease,” he said.

The minister said all workers should also have their body temperature checked and recorded on daily basis before they enter the construction sites and that any symptoms detected through the daily screenings should be reported to the nearest health office for further action.

Quarantine fee at ILA reduced to RM100 per person per day