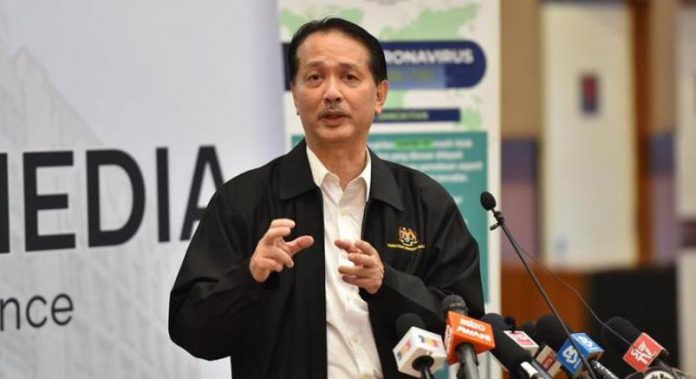 KUALA LUMPUR, June 3 — A transition in government does not disrupt the effort of the Ministry of Health (MOH) from continuing to combat the spread of COVID-19 cases in Malaysia, said Health director-general Datuk Dr Noor Hisham Abdullah.

Dr Noor Hisham further said that after being appointed as the 8th Prime Minister, Tan Sri Muhyiddin Yassin immediately held discussions with him to ensure that the transmission of COVID-19 in the country could be controlled and curbed at once.

“The first day the Prime Minister called me and discussed two issues, namely, firstly about Malaysians returning from abroad and secondly the tabligh groups returning home and the expected outbreaks that would occur in all the states.

“At that moment too, we were trying to use our methods and engage with other agencies. For example on March 10 we informed that if possible we should avoid Friday prayers because the tabligh groups had returned to their villages. Subsequently, Perlis had made the move and on March 15 the government decided that no Friday prayers would be held for two weeks, ”he said.

He also thanked the prime minister and related ministers for listening to the MOH’s recommendation to successfully convince the government to take action that has never been done in history, namely, declaring the Movement Control Order (MCO) under the Prevention and Control of Infectious Diseases Act 1988 or Act 342.

“Thanks to the trust given to civil servants..because when we have a strong argument, with the modeling and so on, the Prime Minister decided to implement the first MCO on March 18, even though neighboring countries have not implemented it yet. And we were the first to do so and we had acted quickly, “he said.

Dr Noor Hisham believed that the actions taken by the government including controlling the country’s borders have also succeeded in levelling the curve of COVID-19 positive case in the country, defeating JP Morgan’s projection on the cumulative COVID-19 case in Malaysia.

Responding to Saifuddin’s question about MOH employees dying of COVID-19, Dr Noor Hisham said the matter was a concern but explained that there were no death involving those working in the Intensive Care Unit (ICU) and wards to treat COVID-19 until to date.

“So we make sure that every MOH employee wears personal protective equipment (PPE) while on duty… the safest areas are those working in the ICU and ward.

“This is because we have also conducted studies on antibodies and so on. We have taken blood samples of the 486 MOH staff in ICU and wards and found no one was infected because they use infection controls, practice hygiene and make sure they use PPE and so on,’’ he said.

Dr Noor Hisham said MOH was still working hard to fight COVID-19 and kept abreast of the latest developments in the new virus.

During the interview, Saifuddin expressed his gratitude to Dr Noor Hisham, whom he described as a ‘walking encyclopedia’ working hard together with all the health and frontline force in the fight against COVID-19.

MoF mulling use of technology application for targeted subsidy implementation

SPM Examinations to be held from Jan 30-March 15