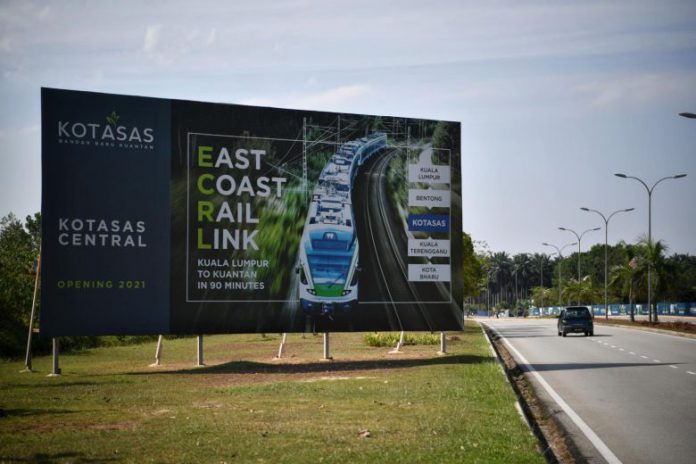 PUTRAJAYA, June 15  — The East Coast Rail Link (ECRL) project is only 0.02 per cent delayed in its implementation schedule due to the Movement Control Order (CPP) imposed but its construction is now back to normal, Transport Minister Datuk Seri Dr Wee Ka Siong said.

He said the government was committed to ensuring its continuation went on smoothly in line with Prime Minister Tan Sri Muhyiddin Yassin’s announcement that the mega project was to continue.

According to Wee, works in Section A spanning 210.4 kilometres (km) from Kota Bharu (Kelantan) to Dungun (Terengganu) and Section B from Dungun to Mentakab (Pahang) for 223 km were ongoing and have so far completed 16.45 per cent.

For Section C from Mentakab to Port Klang (Selangor), he said it requires a bit of scrutiny and discussions with the state governments as it is a new alignment.

“Works on the ECRL alignments that have been determined were underway, with the use of the best method according to the schedules specified for their completion,” he said in an interview with the media here recently in conjunction with his first 100 days in office as minister of transport.

On March 27, Muhyiddin pledged to continue all projects under the 2020 Budget, including the ECRL, Mass Rapid Transit 2 (MRT2), and Optical Fiber and National Connectivity Plan, when launching the Prihatin Rakyat Economic Stimulus Package (PRIHATIN).

The 640 km ECRL project was resumed after an additional agreement between Malaysia Rail Link Sdn Bhd (MRL) and China Communications Construction Company Ltd was signed on April 12, 2019 at a lower cost of RM44 billion compared with its original cost of RM65.5 billion (involving a reduction of the RM21.5 billion).

MRL is a wholly-owned subsidiary of the Minister of Finance (Incorporated).

Scheduled for completion in December 2026, the ECRL, which will link Kelantan, Terengganu and Pahang in the east coast with Negeri Sembilan, Selangor and Putrajaya, is expected to cut travel time between Kota Bharu and Putrajaya to approximately four hours at a speed of 160km per hour for passenger trains.

Commenting on reports of a possible merger between Keretapi Tanah Melayu Bhd (KTMB) and Railway Assets Corp (RAC), Wee said while the government was aware that KTMB was bleeding but not to the extend of necessitating a merger with RAC.

“We realise KTMB is bleeding everyday while collection is not sufficient, but the government will continue to subsidise it because of its commitment to provide affordable transport services for the rakyat, especially those in the B40 group,” he said.

Wee said the Ministry of Transport (MoT) was not talking to any agencies following reports that discussions to merge KTMB and RAC was on the cards after both parties’ failure to fulfil a restructuring deal as outlined by the Railway Network Access Agreement (RNAA) in 2016.

Under the RNAA, KTMB’s assets worth billions of ringgit were supposed to be transferred to RAC, a deal that would allow the former to focus on being a railway operator while the latter as the railway owner.

On new appointments at the Civil Aviation Authority Malaysia (CAAM) involving Public Services Department director-general Datuk Mohd Khairul Adib Abd Rahman as chairman and Chester Voo Chee Soon as chief executive officer (CEO), effective June 1, Wee said each candidate was carefully evaluated and the appointments were made at the recommendation of the CAAM Board as well.

He said the duo were tasked with two major responsibilities, namely to ensure that Malaysia’s airspace security rating is restored to Category 1 of Category 2 by the United States Federal Aviation Administration (FAA) and to face an International Civil Aviation Organisation (ICAO) audit within a year and a half.

Wee said the FAA’s downgrade of Malaysia’s air safety rating last year had a detrimental effect on the aviation sector, besides affecting the airlines, as well as the maintenance, repair and overhaul (MRO) sector.

“Malaysia makes a lot of spare parts, if we fall into Category 2 and not restored to Category 1, we will be affected by the long-term impact,” he said. 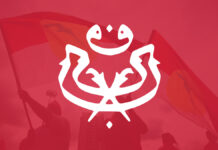 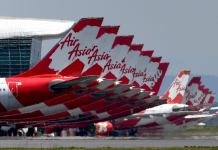