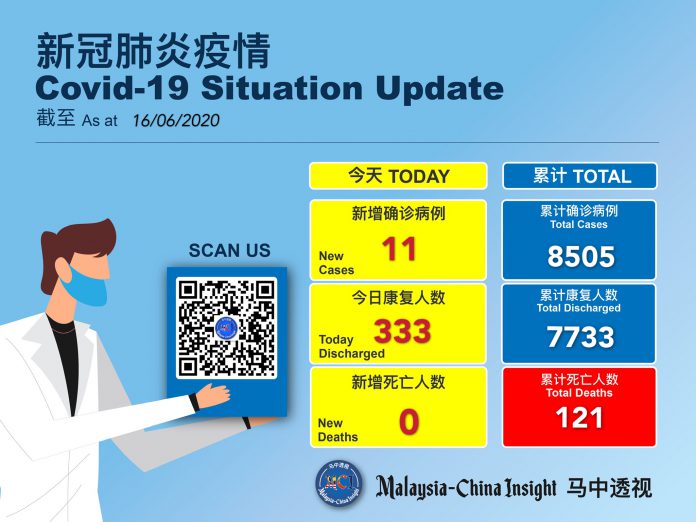 PETALING JAYA June 16 : A record 333 Covid-19 patients have been discharged in the last 24 hours, the highest number of daily recoveries so far, further reducing the number of people being treated for the deadly disease.

There are now 651 patients warded at hospitals nationwide

The health ministry also reported 11 new cases during the period, with total deaths unchanged at 121.

Of the 11 cases, one is an imported case involving a Malaysian, while the remaining 10 involve six foreigners in Kuala Lumpur and Negeri Sembilan, and four locals in Selangor and Sarawak.

Four patients are currently being treated in the intensive care unit (ICU), with none needing respiratory assistance.

KKMM will not interfere, leaving it to police to investigate Fahmi...