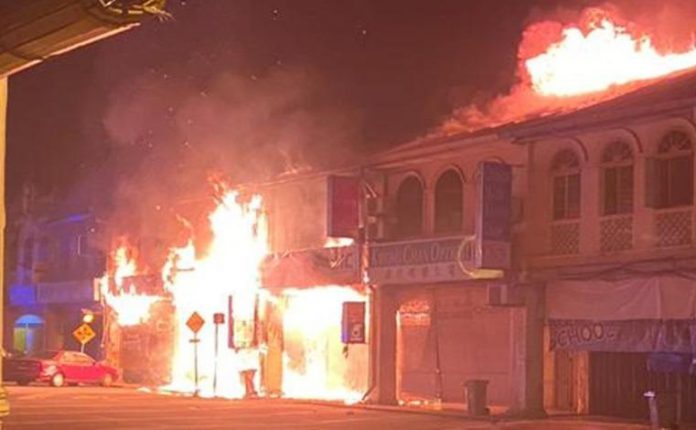 No casualty was reported. The cause of fire and losses are still being investigated.