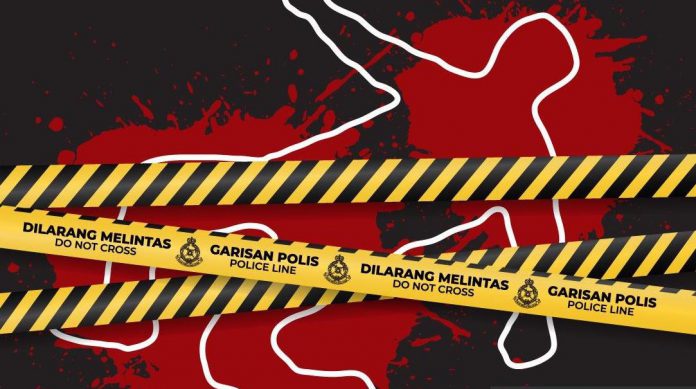 KOTA TINGGI, June 19  — A man was shot dead by a security guard when he attempted to rob a bank while holding a woman hostage at a sicklepoint in Felda Ayer Tawar 5 here yesterday.

And it was her mother’s knee pain that had saved Mardiah Mat Ripi, 26.

When met at their house in Kampung Belading Baru, Telok Sengat, late last night, Mardiah was clearly still traumatised by the incident.

The 56-year-old mother, Ratnah Ahab, said during the 2 pm incident, she and Mardiah were queueing up for their turns at the bank counter when the man wearing a black t-shirt and a face mask grabbed Mardiah from behind and held her hostage at sicklepoint.

“I was shocked. There were only six people in the bank including us,” she said.

Before anyone else can enter the premises, the suspect pulled the roller shutters and threw a bag, saying he wants money.

Ratnah said she begged the robber not to harm her daughter, but the man said he only needed RM20,000 and with the sickle he had on Mardiah’s neck, he threatened to hurt her if the bank refused to fulfil his demand.

“He then released Mardiah and grabbed me instead, but I fell and could not get up due to the knee pain which I already had for some time.

“It was at this juncture, I heard a gunshot and saw the suspect fell to the floor with blood on his body. Another customer then quickly took the sickle away from his hand,” she said.

Ratnah said she and her daughter were still traumatised by the incident.

It was reported that the 19-year-old suspect was hit in the right ribs and died on the spot.

None of the bank staff or customers were injured in the incident.

According to Johor CID chief SAC Md Yusof Ahmad, the suspect did not have any criminal records.