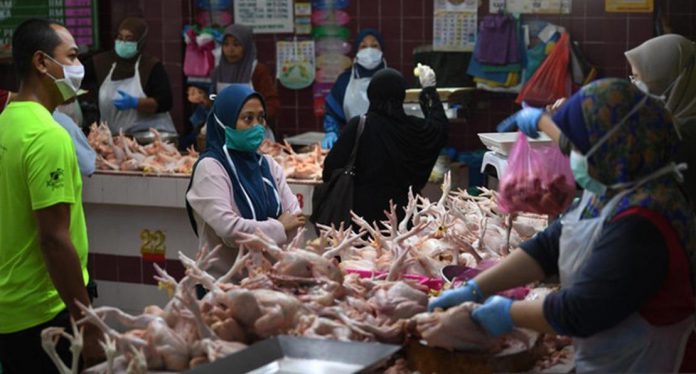 He said the ministry would set a ceiling price for standard chicken similar to that carried out during the festive season, if necessary.

“This morning I visited a nearby market and had a chat with the chicken traders. It’s true that there has been a 40 per cent increase in chicken prices and we have received complaints from consumers. So, we at the ministry, especially the enforcement, have been monitoring.

“We received information that maybe the wholesalers and breeders are the ones who raise the chicken prices. The chicken traders have no room for profit as the prices provided to them are high,” he told a press conference after a working visit to MSM Prai Berhad here today.

It was understood that some traders were selling chicken for between RM10 and RM11 per kg, compared to RM7.50 stipulated under the recent Festive Season Maximum Price Control Scheme (SHMMP) in conjunction with Aidilfitri, he said.

Currently, the ministry did not set the ceiling price for standard chicken since the festive season was over, but Nanta said the matter would be investigated.

Meanwhile, he also advised breeders to sell chickens directly to traders to avoid a sudden increase in prices.

“We found that breeders are selling chickens to their subsidiaries or wholesalers and from there they raise the prices. Breeders can sell directly to small traders to help them,” he said.

GE15: Let me settle this behind closed doors, says Khairy on...

Ismail Sabri arrives home from working visit to US