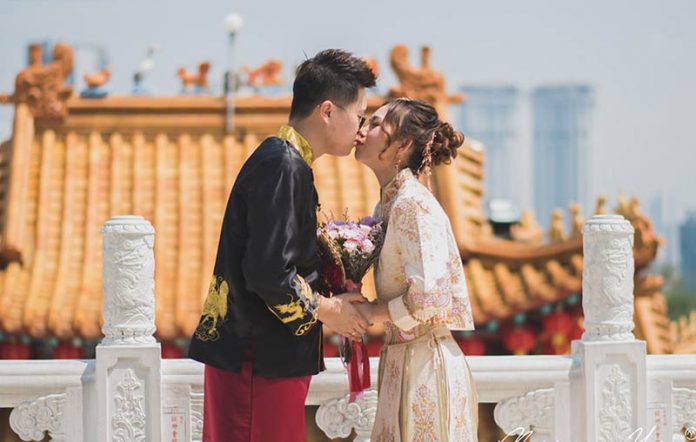 He said non-Muslim solemnisation ceremonies will be allowed at non-Muslim places of worship and religious association premises that involve a marriage registrar appointed under Section 28 of the Law Reform (Marriage and Divorce) Act 1976 (Act164).

According to Ismail Sabri, only 20 people or less are allowed to attend the ceremony, including the assistant marriage registrar, and this is also subject to crowd capacity of the premise in which the ceremony is taking place, adding that social distancing protocols must be adhered to.

“The marriage ceremonies must comply with all SOPs set by the National Security Council (MKN) and the Health Ministry (MOH).

“Wedding receptions are still not permitted,” he said in a statement here today.

Ten of them were remanded while the other 10 were slapped with compound notices.

“Among the violations include indulging in karaoke and family entertainment centres activity (six people), pub and nightclub activities (eight), trying out clothes in a clothing store (one) and being involved in activities that hampered social distancing protocols (five),” he said.

He said 66,468 inspections were carried out by the task force yesterday, involving 3,503 compliance teams with a total 15,432 members.

Meanwhile, Ismail Sabri said the police arrested 14 foreigners for immigration violations under Op Benteng yesterday, with 38,474 vehicles checked at 60 roadblocks to curb the entry of illegals.

On sanitisation of public spaces, he said 49 operations were conducted yesterday involving 34 zones in nine states, including in Sarawak (22), Sabah (11) and Selangor (four).

“Of those, 526 chose to undergo home quarantine while two more were taken to hospital,” he said.

Also, checks by the Construction Industry Development Board Malaysia (CIDB) found that two construction sites had failed to follow the set SOPs.

To date, 2,176 sites were found to be following the SOPs while 421 did not, all of which were issued with warnings, he said, adding that CIDB had also ordered 19 construction sites to close for not adhering to SOPs.

Penang State Assembly will not be dissolved until next year