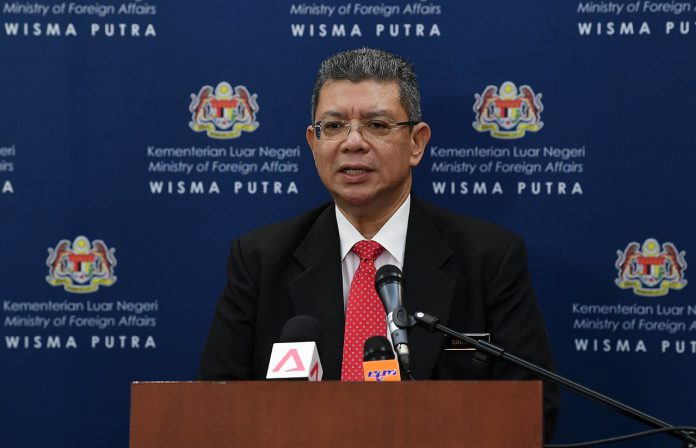 KUANTAN, June 21 — Communications and Multimedia Minister Datuk Saifuddin Abdullah hopes there will be no spreading of fake news or slander on social media during the upcoming Chini state by-election.

He said this was especially important because social media is expected to be among the main modes of campaigning during the Recovery Movement  Control Order (RMCO), as events involving large crowds were not allowed.

“Most importantly, do not share things that are untrue…it’s easy to ensure the authenticity of news by visiting the ‘sebenarnya.my’ portal.

“In the event that false or defamatory news is spread, we can take action if a report is received either by the Malaysian Communications and Multimedia Commission (MCMC) or the police,” he told reporters after visiting the Semambu Internet Centre here today.

The Chini by-election is being held following the death of its incumbent Datuk Seri Abu Bakar Harun, 60, on May 6 at the Kuala Lumpur Hospital due to a heart attack. The Election Commission (EC) has set July 4 as polling day.

In another development, Saifuddin said he respected and believed that Attorney-General (A-G) Tan Sri Idrus Harun had reasonable grounds to make an ex-parte application to initiate committal proceedings against Mkini Dotcom Sdn Bhd and the editor-in-chief of the Malaysiakini news portal.

“I consider it as the A-G’s decision, and in a parliamentary democracy, we have a division of powers. As a member of the Cabinet, I respect the action taken by the A-G and we leave it to the courts to do justice and make a judgment,” he said.

Saifuddin also stressed that he was all for freedom of the press, however, it should be within the ambit of the law, and that as a minister, he could also be charged for crossing the red line.

On Wednesday (June 17), the media reported that the Federal Court had allowed the A-G’s application to initiate proceedings against Malaysiakini for allegedly allowing comments containing offensive statements against the judiciary to be posted in the comment section of the article entitled ‘CJ orders all courts to be fully operational from July 1’ on June 9.

“The two main points of focus are ‘e-learning’ for students, and ‘e-commerce’, aimed at helping the local community in terms of online business, and although it’s currently being done in Indera Mahkota, I believe it can be expanded to other areas by optimising the use of over 1,100 internet centres nationwide,” he said.

Muhyiddin congratulates Damok on his victory in Spain