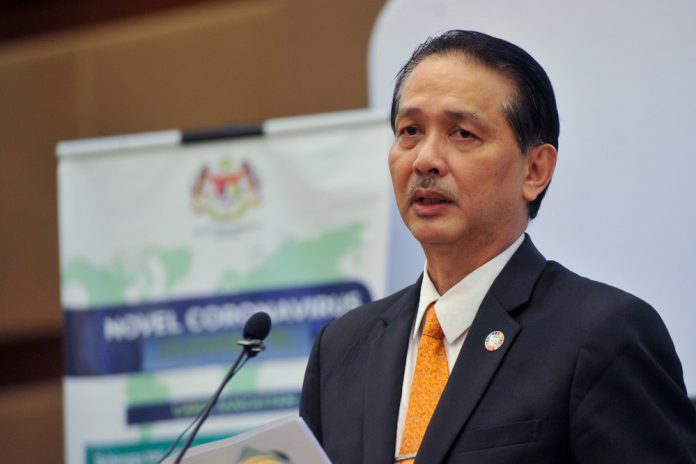 KUALA LUMPUR, June 26 – The Health Ministry suspects the malaria case involving 14 individuals including a local citizen in Ampang, Selangor, was caused by a foreign worker who was infected by the disease in his home country.

“The infection was later spread to his colleagues and nearby residents including a Malaysian. The last case was reported on June 12 and the situation is currently under control,” he said in a statement today.

He said 13 cases were detected through active case detection conducted after receiving a notification of a malaria case on May 20 from the Ampang Hospital, involving a Bangladeshi worker at the construction site of a highway project in Ampang, Selangor.

Some people were screened, he said adding that of the total, 10 foreigners were found to have been infected by malaria.

“At the same time, three other cases were detected at nearby health facilities involving two foreigners and a Malaysian,” he said.

Dr Noor Hisham said all the patients were admitted to hospital for further treatment and have recovered from the disease.

He said as part of precautionary and control measures, the Hulu Langat District Health Office had conducted residual spraying at 193 kongsi houses and distributed 340 medicated mosquito nets to the workers to protect them.

Works to eliminate mosquito breeding grounds as well as malaria control activities were also carried out and expanded to nearby residential areas.

“The ministry has also conducted a series of discussions with the highway construction project management to discuss on malaria control and prevention activities.

“Enforcement under to the Prevention and Control of Infectious Diseases Act 1988 (Act 342) and Destruction of Disease-Bearing Insects Act 1975 (Act 154) is also being carried out by the ministry,” he said.

Dr Noor Hisham also advised the public to seek immediate treatment at your nearest clinic or hospital if they experience symptoms such as fever and chills.

Gerakan to remain with PN for any election, says party president