Choong Hann, who is asymptomatic, is currently observing a period of self-isolation in accordance with the Ministry of Health (KKM), Ministry of Youth and Sports (KBS) and National Sports Council (MSN) protocol on quarantine.

According to the statement issued by BAM, other than Choong Hann, 39 shuttlers and coaches who underwent the mandatory pre-tournament swab test, came out negative.

Upon consultation with the relevant government agencies, the Malaysian badminton team has been cleared to depart for Bangkok, Thailand for the Asian Leg of the Badminton World Federation (BWF) Tour as per schedule tomorrow.

“Malaysian players remain committed and determined to give their best in the name and pride of the Jalur Gemilang. Furthermore, it is the wish of Choong Hann for the players who put in months of hard work at the Akademi Badminton Malaysia (ABM) to compete in their first post-pandemic tournaments in Thailand,” said the statement.

They are also set to undergo a series of swab tests upon arrival as well as on day four, day nine, day 13 and day 18 in Thailand.

Upon qualification to the BWF World Tour finals, further swab tests will be conducted on Day 22 and Day 26 and the squad would also be tested three days before departing back home.

The statement said ABM in Bukit Kiara has since undergone a detailed sanitisation process earlier today. 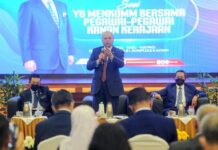 All ministries must fine-tune their strategic communications – Annuar 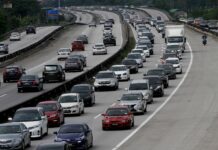 1.9 million vehicles expected on highway daily for Aidiladha travel: Motorists advised to adhere to PLUS TTA 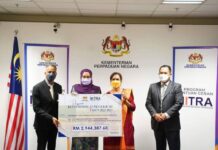 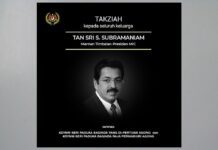