IPOH,Feb 18: DAP Youth has filed a report with the Malaysian Anti-Corruption Commission (MACC) urging the anti-graft agency to investigate how women, family and community development minister Rina Harun managed to settle her million-ringgit debt to a Paris-based production company.

DAP Youth national vice chief Jenny Choy said there were question marks over how Rina settled the RM1.3 million debt, plus interest, in 15 months, citing the Cabinet ministers’ asset declaration list for 2019 which said the minister had a monthly salary of RM34,004.48 and assets of RM72,000.

“If her income did not change and stayed the same since 2019, it would have taken around 40 months to collect the funds in resolving the bankruptcy notice, on condition that she does not spend a single sen of her income.

“DAP Youth asks MACC to probe whether Rina is receiving a large additional income and whether she made false declarations in November regarding her assets,” Choy told reporters outside the Perak MACC office after lodging the report.

Lawyer Mark Ho Hing Kheong, who represented the French company, said that the exact outstanding amount, which he declined to disclose, was paid last week.

A statement of claim against Rina was filed on Nov 8, 2018 by the French firm stating that the full amount must be paid by July 31, 2019. The claim was for several films, comedy shows and documentaries in the comedy genre sold to three companies in which Rina was a director.

Several opposition representatives, including Lembah Pantai MP Fahmi Fadzil, have questioned Rina’s financial capacity, also noting that with two months’ salary deducted for the Covid-19 fund, then her accumulated salary over the past 33 months should only be RM1,054,000. 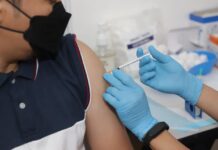 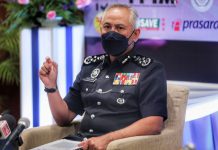 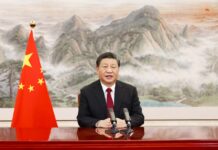