“The implementation of this project is very strategic and appropriate as Tanah Merah is an area that is rapidly developing, and is the centre of economic activities for the locals.

“The high volume of traffic, especially during peak hours, resulted in congestion, and the situation was exacerbated with the railway crossing right in the middle of the city,” he said after attending the project’s handover ceremony in Pekan Tanah Merah.

He said the scope of the project included the construction of Elevated T-Junction at KM29 of Jalan Pasir Mas-Tanah Merah, as well as the upgrading of existing roads, installation of street lights, traffic lights and construction of a U-turn.

At the ceremony, the Fadillah also presented Letters of Acceptance (SST) to contractors for two Public Works Department road projects under the 11th Malaysia Plan. 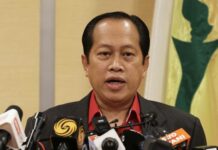 No political element in Ahmad Zahid’s appointment, based on UMNO’s hierarchy – Ahmad Maslan 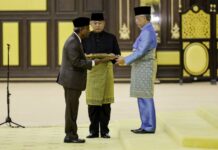 Sivakumar the Speaker under rain-tree now a minister