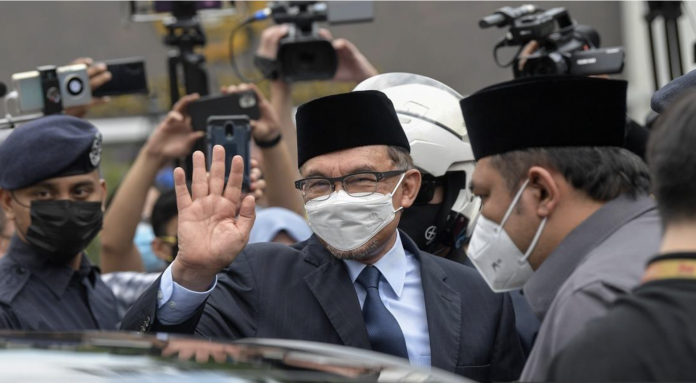 Prime Minister Tan Sri Muhyiddin Yassin was the first to be granted an audience at 8 am and the meeting lasted an hour.

Normally, Muhyiddin as the Prime Minister would seek an audience with the King before the Cabinet meeting on Wednesday, to give an update on the development of the country’s administration.

Meanwhile, the car carrying Opposition Leader Datuk Seri Anwar Ibrahim was spotted entering the main gate of the palace at 10.40 am and left an hour later.

Speaking to awaiting reporters at the gate, the PKR president said the meeting revolved around discussions on COVID-19, Parliament sitting and the country’s economic situation.

“First and foremost, of course, I shared our (opposition) opinions on COVID-19, low rate of testing, high infection rate and death toll, and I’m happy and touched that His Majesty is very well-informed about the current development,” he said.

On ending of emergency, he said the King has asked for all quarters to uphold the spirit of constitutional monarchy.

On Jan 12, Al-Sultan Abdullah proclaimed an emergency that will be enforced up to Aug 1 as a proactive measure to contain the worsening COVID-19 pandemic in Malaysia.

Earlier this week, media reported that Al-Sultan Abdullah is scheduled to meet with political party leaders from today until next week, including via video conferencing.

COVID-19 vaccination for students to be finalised on Thursday – Khairy

Gov’t will ensure probe on Azam Baki done in accordance with...