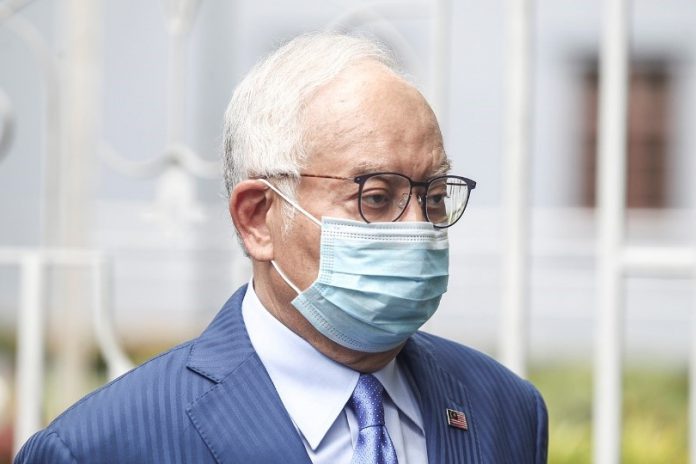 Senior Revenue Counsel Norhisham Ahmad said the IRB had treated Najib’s case similar to any other cases involving the taxpayers.

“There is no political interference. We waited since July 2020 for Najib to come and discuss any mode of payment after a summary judgment was issued, but nothing was done.

“People will say we sat on it,” he said before Judge Datuk Ahmad Bache at the virtual hearing of Najib’s application for a stay of execution of the High Court’s ruling which granted the IRB’s request for a summary judgment against the former premier over his RM1.69 billion tax arrears.

Najib’s counsel Tan Sri Muhammad Shafee Abdullah argued that his client would lose everything once the bankruptcy notice against him was allowed.

“He would lose his pension, his political standing and even his properties may be auctioned off,” he said, adding that they had tried to negotiate with the IRB on the payment of the tax arrears but the negotiations were terminated and the IRB proceeded with the bankruptcy notice.

Justice Ahmad then fixed Monday (June 14) to deliver his decision via email on the stay application.

On July 22 last year, Justice Ahmad ruled that Najib had to pay the IRB RM1.69 billion in additional tax and penalties for the assessment years from 2011 to 2017 after allowing the IRB’s application to enter a summary judgment against him.

Najib has filed an appeal against the High Court’s decision in the Court of Appeal, which will hear the case on June 16.

Pursuant to Section 103 (2) of the Income Tax Act 1967, a person ordered to pay the assessment has to settle the payment to the IRB even if an appeal has been filed.

On Feb 4, the government through the IRB filed a bankruptcy notice against Najib as a debtor, for failing to pay income tax amounting to RM1.69 billion as ruled by the High Court in July last year.

Over 40 pct of Sabah residents receive first dose of COVID-19...