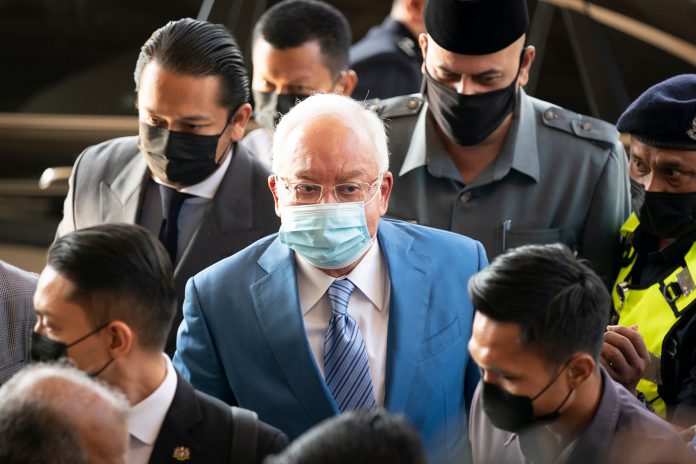 PUTRAJAYA, June 16 — The Court of Appeal has set a new date to hear former prime minister Datuk Seri Najib Tun Razak’s appeal against the High Court’s order for him to pay RM1.69 billion he owed the Inland Revenue Board (IRB).

Najib’s counsel Wee Yeong Kang when contacted by reporters said the matter was earlier fixed for hearing today, but it had been vacated due to the ongoing total lockdown.

“The hearing of the appeal has been rescheduled to Aug 11,” he said after case management held virtually before Court of Appeal Deputy Registrar Mariam Hasanah Othman.

On July 22 last year, the High Court ruled that Najib had to pay the IRB RM1.69 billion in additional tax and penalties for the assessment years from 2011 to 2017 after allowing the IRB’s application to enter a summary judgment against him.

A summary judgment is when the court decides on a particular case summarily, without calling witnesses to testify in a trial.

Subsequently, Najib filed an appeal against the High Court’s decision in the Court of Appeal.

Pursuant to Section 103 (2) of the Income Tax Act 1967, a person ordered to pay the assessment has to settle the payment to the IRB even if an appeal has been filed.

On Feb 4, the government through the IRB filed a bankruptcy notice against Najib as a debtor, for failing to pay income tax amounting to RM1.69 billion as ruled by the High Court.

On June 14, the High Court dismissed Najib’s application for a stay of execution of its order for him to pay RM1.69 billion to IRB.

Malaysia committed to strengthening cooperation with other commonwealth countries