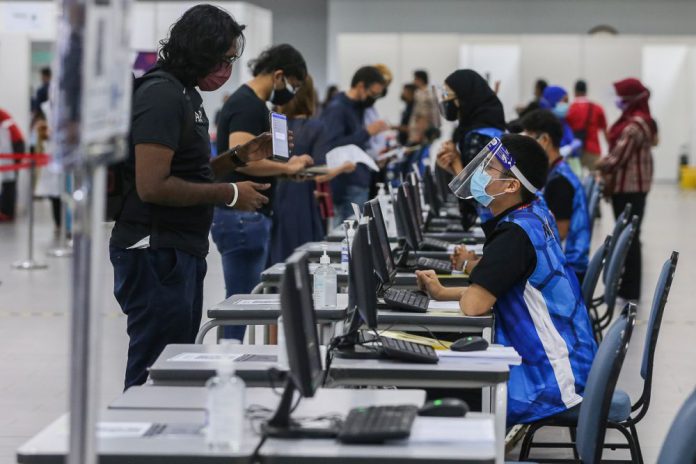 He said the opening of mega PPV without enough vaccine would further incur the disappointment of the people against the government for wasting money by opening mega PPV.

“Mega PPV and many others were opened when supplies started arriving to raise the rate of vaccination,” he said at a media conference on the development of PICK with Health Minister Datuk Seri Dr Adham Baba, here today.

Commenting on press reports which questioned the slow process of vaccination in Malaysia compared to others countries such as Hungary, Khairy said Hungary is part of the European Union (EU) which has negotiated with vaccine suppliers to enable the supply in bulk and the vaccine factories are mostly in European countries.

He said the vaccination rate of Malaysia depended on vaccine supply  which was monopolised by countries under EU.

According to him, advanced Asian countries including Japan were also left behind compared to EU, United States and United Kingdom (UK).

Khairy said the process of vaccination in Malaysia should be compared to Thailand, Vietnam, Indonesia and Philippines which see Malaysia was being ahead and almost catching up with Japan.

He said the unfair supply of vaccine has long been raised because UK bought the vaccine five times its population and similarly with Canada.

It was only after these countries have achieved herd immunity such as United States, Japan and even China, started supplying vaccine when Malaysia has been waiting for so long.

Asked when Sputnik V vaccine is expected to get the approval of the National Pharmaceutical Regulatory Agency (NPRA), Khairy said the agreement signed between a subsidiary of Duopharma Biotech Bhd, Duopharma (M) Sdn Bhd (DMSB) with the government of Malaysia gives the company three months to register the vaccine with NPRA.

“I understand NPRA is still looking for information on stability before making any decision,” he said.

On when is the supply of single dose vaccines by CanSino and Johnson & Johnson (J&J) coming, Khairy said the government is expected to get the first batch of CanSino vaccine next month as its delivery schedule is being finalised.

For Janssen, Khairy said so far today the government has not received any delivery date from COVAX in which Malaysia has chosen to obtain the vaccine through the facility.

COVAX is led jointly by The Global Alliance for Vaccine and Immunisation (Gavi), Coalition for Epidemic Preparedness Innovations and WHO aimed at the development and production of COVID-19 vaccine as well as ensuring fair access to COVID-19 by all countries.

Malaysians told not to travel inter-state during Aidiladha celebration