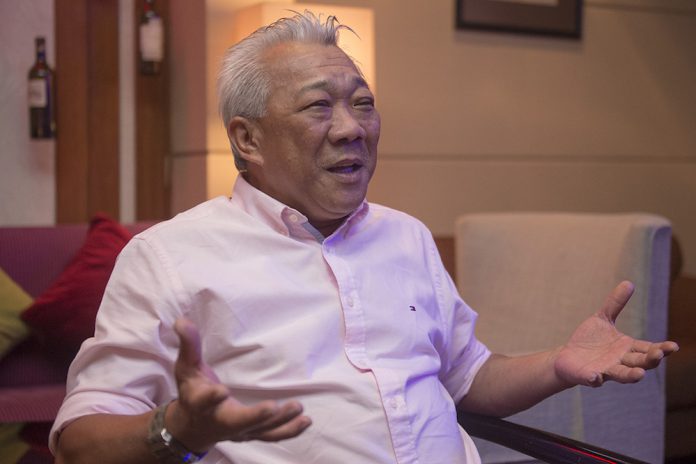 SANDAKAN, June 29 — The Sabah government will set up the Sandakan Economic and Investment Development Committee (JPEPS) to realise the goal of making Sandakan the second city in Sabah, after Kota Kinabalu.

“This development will continue to be driven by the key economic clusters, such as tourism, industry, agribusiness and human capital development.

“This committee will gather information and assist the state government in planning district economic developments and investments in line with efforts to make Sandakan a city and achieve the objectives of the state government’s direction themed ‘Sabah Maju Jaya’,” he said in a statement today.

Bung Moktar, who is also the state Works Minister, said among the other functions of the committee would be to recommend to the state government all development projects that have the potential to boost economic growth and investment opportunities for inclusion into Sandakan’s economic development planning.

“Sandakan has so much potential to be developed, including biodiversity that is attractive enough for the tourism, industrial and other sectors, besides providing good road network system as well as water and electricity supplies to attract tourists and investors,” he said.

He said the committee would also be responsible for supporting and marketing Sandakan’s development as an exciting trade and investment location, apart from also enhancing neighbouring districts like Beluran, Kinabatangan and Tongod.

According to him, the relocation of the Indonesian capital from Jakarta to Kalimantan would see more developments implemented in Kalimantan, which would then surely have a positive impact, especially in terms of economic growth in Sabah, in particular Sandakan.

“As such, we who are nearby will definitely be able to help in terms of providing various needs, among them electricity supply. At the same time, we can prepare something that will attract them to Sandakan and this will certainly provide economic returns to the people,” he said.

Sports-related businesses can now operate until 2 am