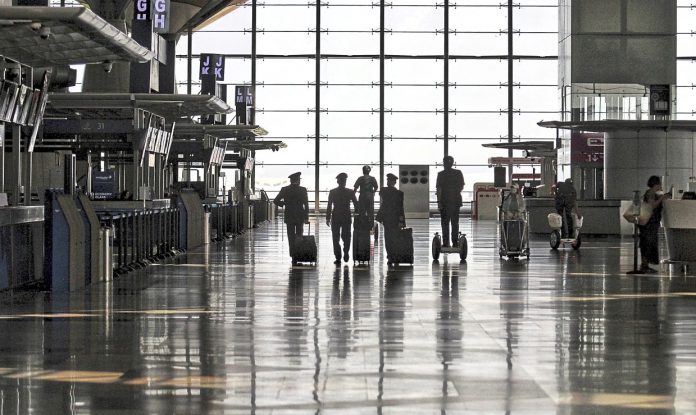 It said the figures demonstrated the devastating effects of the COVID-19 crisis.on global air transport during the year.

The industry-wide air travel demand dropped by 65.9 per cent year-on-year, while international passenger and domestic air passenger demand decreased by 75.6 per cent and 48.8 per cent, respectively, compared to that of 2019.

IATA director general Willie Walsh said 66 per cent of the world’s commercial air transport fleet was grounded as governments closed borders or imposed strict quarantines at the depth of the crisis in April 2020.

“ A million jobs disappeared and industry losses for the year totalled US$126 billion,” he said.

On 2020 airline performance, WATS figures showed that the Middle Eastern region suffered the largest proportion of loss for passenger traffic with a drop of 71.5 per cent in revenue passenger-kilometres (RPKs) versus that of 2019, followed by Europe and the African region which fell 69.7 per cent 68.5 per cent, respectively.

“China became the largest domestic market in 2020 for the first time on record, as air travel rebounded faster in their domestic market following their efforts to control COVID-19,” it said.

Nevertheless, the statistics also revealed that air freight was the bright spot in air transport for 2020, as the market adapted to keep goods moving, including vaccines, personal protective equipment and vital medical supplies, despite the massive drop in capacity from the bellies of passenger aircraft.

“Industry-wide available cargo tonne-kilometres (ACTKs) fell 21.4 per cent year-on-year in 2020 which led to a capacity crunch, with the industry-wide cargo load factor up 7.0 percentage points to 53.8 per cent,” it said, adding that this was the highest value in the IATA series started in 1990.

No electricity cuts for domestic users with less than six months...

WHO advises against remdesivir for Covid-19 treatment