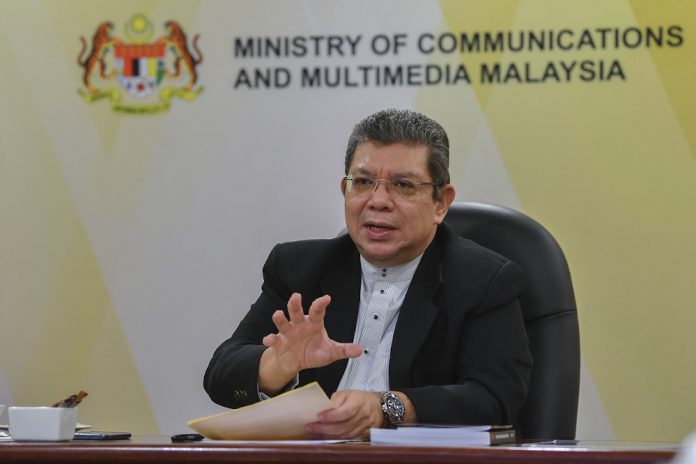 KUCHING, Aug 5 — A total of RM54 million out of the RM89.2 million allocated under the Malaysian Creative Industry Stimulus Package (PRISMA) has so far been dispensed to creative industry practitioners in the country.

Communications and Multimedia Minister Datuk Saifuddin Abdullah said the government is targetting to give out the remaining funds to creative industry practitioners before the end of the year.

According to him, to date, more than 14,000 recipients from the film, digital creative content and music industry have benefitted from the assistance.

“We want to distribute the funds (PRISMA) before the end of December and the aid covers various aspects involving all creative indiustry players.

“As an example, for film industry players, we have given subsidy for them to carry sanitisation of the workplace as well as subsidy to carry out swab tests for actors and crew involved in any filming,” he said.

Launched in February, PRISMA  is an initaitive under the Communications and Multimedia Ministry to ensure the survival and sustainability of the country’s creative industry during the COVID-19 pandemic.

Through this cooperation, RM 2.9 million would be allocated for nine collaborative projects between FINAS and SMG in the production of creative content.

LRT Crash: Prasarana to give aid to all victims