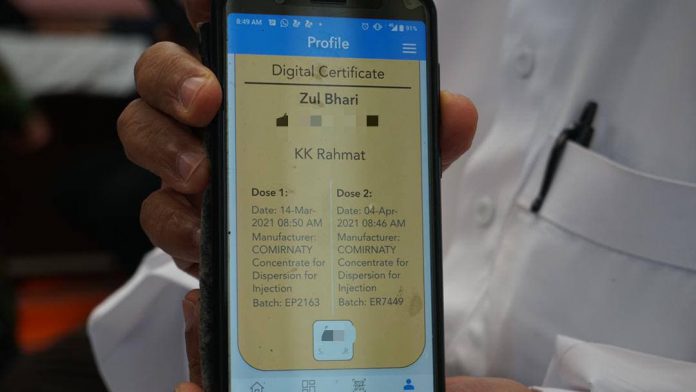 GEORGE TOWN, Aug 9 — Penang police have advised those who have completed their vaccination shots to prepare a screenshot of their MySejahtera digital certificate for police personnel to speed up checks at roadblocks in the state.

Penang deputy police chief Datuk Fisol Salleh said the screenshot on their phones must be shown to police at roadblocks if they wished to travel across district borders, which is allowed beginning tomorrow.

“To make things easier for our frontliners at roadblocks, those who have completed both shots are advised to prepare a screenshot on their mobile phones for inspection by the police,” he said in a statement today.

According to the Health Ministry, around 61.7 per cent of Penang’s adult population have received their first vaccination shot, while around 27 per cent have received both shots.

Fisol added that the regulations issued yesterday clearly stated the conditions set for social sector, sports and recreational activities, and advised the public to always comply with the standard operating procedure.

“The Penang contingent police have been ordered to monitor so that everyone complies with the strict SOP at all premises,” he added.