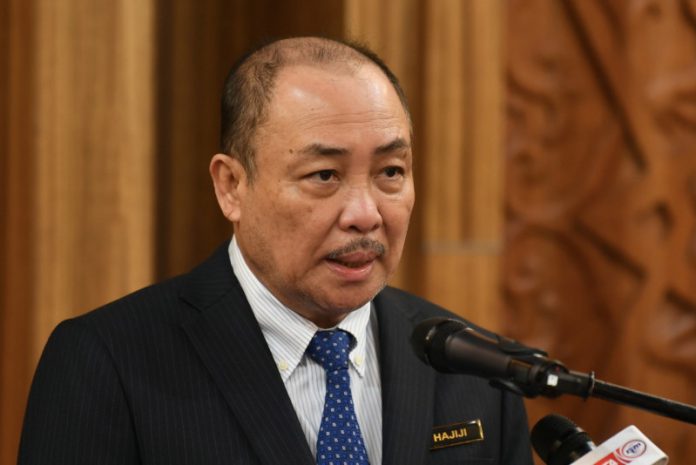 KOTA KINABALU, Aug 13  — The Sabah government will continue to enforce the inter-district travel restriction in view of the worrying spike in the number of new COVID-19 cases reported daily in the state for the past few weeks.

Chief Minister Datuk Hajiji Noor said despite efforts by the authorities, among others, imposing the Enhanced Movement Control Order (EMCO) in affected localities, the numbers continue to rise.

“Therefore, roadblocks will continue to be mounted because inter-district travel is still not allowed. The people must strictly observe this SOP (standard operating procedure),” he said in a statement today.

On Sunday, Prime Minister Tan Sri Muhyiddin Yassin had announced the relaxation of some SOPs in states under Phase Two of the National Recovery Plan that included allowing inter-district travel for those who have been fully vaccinated.

Sabah’s National Recovery Plan Phase Two SOPs, updated on Aug 12, however, stated that inter-district travel restriction was still in force except for emergency cases; work (supported by letters from employees); COVID-19 vaccination appointments and those in the essential service sectors.

The updated SOP for Sabah also stated that permission from the police is required for movements across districts for emergency cases, married couples in two different districts and parents wishing to see their below 18-year-old children.

In this respect, Hajiji said, among measures to combat COVID-19 was to acquire as many vaccines as possible for the people apart from ensuring SOPs are adhered to at all times.

“We urge the people to refrain from holding gatherings that will involve many people for the time being. We want the people to be more disciplined. Only through this way, we can flatten the curve,” he said.

According to the Chief Minister, Sabah will be getting 200,000 doses of the single-dose CanSino vaccine next week following the assurance from National COVID-19 Immunisation Programme Coordinating Minister Khairy Jamaluddin that Sabah will get priority on CanSino vaccine supply.

With the arrival of the single-dose vaccines, it would help to boost the vaccination numbers needed to reach herd immunity.

To date, more than 1.22 million or 44.5 per cent of the state’s population above 18 years old have received the first dose of vaccine.

Meanwhile, Hajiji presented awards to 13 state and federal government departments and agencies for their significant roles in tackling the COVID-19 pandemic in Sabah at the Maal Hijrah 1443H Special Award Presentation Ceremony here.

Each of the department and agency received a certificate of appreciation from the Sabah government and RM10,000 cash.

Several other states have potential to move into Phase Two of...

COVID-19: Malaysia has sufficient supply of food and necessities – Nanta