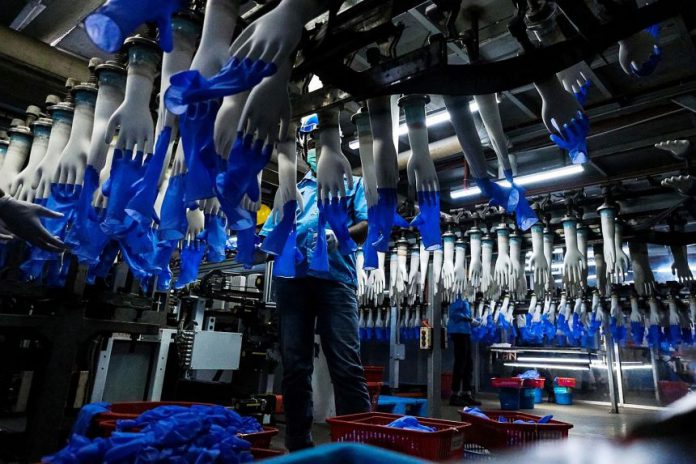 The performance was driven by the wholesale and retail trade sub-sector, which continued to expand at a stronger pace of 21 per cent (Q1 2021: 1.2 per cent) followed by the higher growth in finance & insurance (23.3 per cent) and transportation & storage (37.2 per cent) sub-sectors.

Chief Statistician Datuk Seri Mohd Uzir Mahidin said the information and communications sub-sector grew 5.9 per cent from 6.3 per cent in the previous quarter.

The food & beverage and accommodation sub-sector expanded 9.1 per cent from a decline of 29.8 per cent in the preceding quarter.

However, on a quarter-on-quarter basis, this sector recorded a marginal decline 0.1 per cent.

Mohd Uzir said the growth in the manufacturing sector was driven by petroleum, chemicals, rubber & plastics products (28.0 per cent) as well as electrical, electronic & optical products (26.3 per cent) which reflected the strong growth in exports recorded in the quarter.

“The higher growth was also attributed to the increase in transport equipment, other manufacturing & repair (41.6 per cent) and non-metallic mineral products, base metals and fabricated metal products (33.5 per cent),” he added.

The construction sector expanded 40.3 per cent from a decrease of 10.4 per cent in the previous quarter.

Mohd Uzir said the performance was backed by specialised construction activities and civil engineering works which recorded growth of 58.1 per cent and 50.0 per cent, respectively.

“Nevertheless, the construction sector declined 8.8 per cent on a quarter-on-quarter basis,” he said.

The increase was supported by the improvement in the natural gas and crude oil & condensate sub-sectors, which registered growth of 21.9 per cent and 4.9 per cent, respectively.

On quarter-on-quarter performance, the sector recorded a decrease of 0.5 per cent.

The agriculture sector dipped 1.5 per cent compared to a marginal growth of 0.2 per cent in Q1.

The decrease was mainly influenced by the decline in the oil palm (-10.9 per cent) sub-sector.

The other agriculture and livestock sub-sectors expanded 6.0 per cent and 6.3 per cent, respectively.