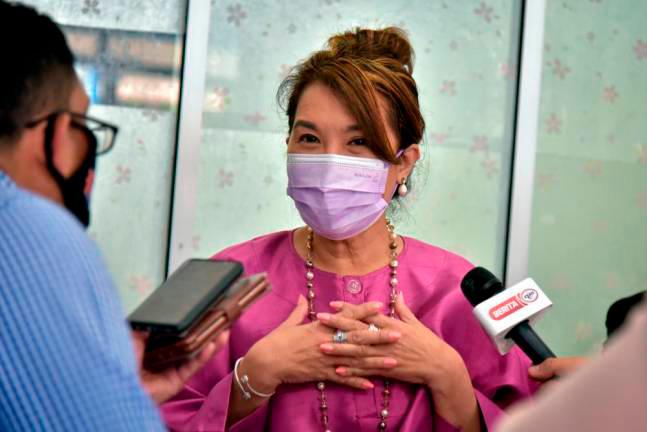 KUALA LUMPUR, Aug 19  — Members of the Senate have proposed that a representative be appointed for those involved in the arts and cultural field to highlight challenges faced and to champion their rights.

Senator Datuk Ras Adiba Radzi, representing persons with disabilities (OKU), said she agreed with the proposal because there are various issues affecting the group that are worth fighting for.

“I am very much in favour of this (to appoint a senator to represent the arts and culture group)  because there is so much we can do and we should elect a representative as soon as possible,” she said in an engagement session involving the Senate titled Obor Baharu Parlimen Malaysia held virtually today.

At the same time, Senator Datuk Razali Idris who was also for the move said, immediate action must be taken to meet the objectives.

“I strongly agree with the proposal  and we have to act fast because they too need a representative to voice out what is happening among arts and culture activists in the country, this (appointment) is important,” he said.

Earlier, Dewan Negara speaker, Tan Sri Dr Rais Yatim, who chaired the session, suggested that a review be made on the appointment of members of the Senate to reconsider the sectors that might have been left behind, among them, arts and culture.

Senator Mohd Apandi Mohamad said, while he was confident that a senator to represent the arts and culture sector could be appointed soon, there should also be one to represent worker unions because almost 10 million Malaysians belong to trade unions.

Meanwhile, Ras Adiba in urging for more OKU individuals to represent the group in the Senate said, there are 4.7 million disabled people in Malaysia and this represents 15 per cent of the country’s population based on the World Health Organisation (WHO) report

“I am the only one representing people with disabilities in our country. As such I seek that the opportunity be given to another one or two more representatives (as senate members),” she said while proposing that the number of female senators be increased too.