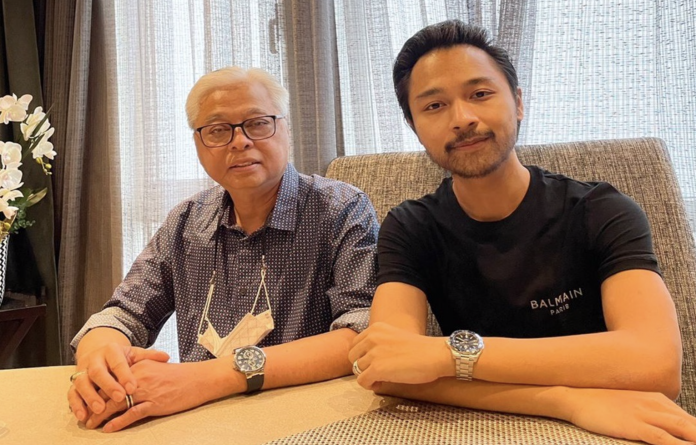 KUANTAN, Aug  21 — Reviving the country from the scourge of COVID-19 would be an arduous task for Datuk Seri Ismail Sabri who was appointed as the ninth Prime Minister yesterday.

Therefore, a son of the UMNO vice-president, Nashriq Ismail Sabri, 29, hopes the people in the country would give his father a chance to prove his capability in steering the nation.

“I hope Malaysians would give him a chance in leading the nation and offer kind prayers. It is not an easy task to take on but we are confident he would try his best to rehabilitate our country,” he said when contacted by Bernama.

The third of four siblings, however believed given the wide experience his father has acquired, the new responsibilities would be implemented well.

Asked on Ismail Sabri’s reaction on being appointed as prime minister, Nashriq said: “ He was grateful to Allah and thankful to the Yang di-Pertuan Agong Al-Sultan Abdullah Ri’ayatuddin Al-Mustafa Billah Shah for appointing him as prime minister”.

Nashriq also shared the attributes of the Bera MP who according to him is a loving person who is close to the family despite being busy with his duties in the government and also party.

Yesterday, the appointment of Ismail Sabri as the ninth Prime Minister was announced through a statement issued by Istana Negara and the swearing-in ceremony is scheduled to take place at 2.30 pm today.

The appointment was consented by Yang di-Pertuan Agong Sultan Al-Abdullah Al-Mustafa Ri’ayatuddin Billah Shah in accordance with Article 40 (2) (a) and Article 43 (2) (a) of the Federal Constitution, after holding a special discussion with the Malay Rulers for two hours at Istana Negara.

Ismail Sabri, 61, who was previously the deputy prime minister, was appointed to the post after Tan Sri Muhyiddin Yassin announced his resignation as prime minister on Aug 16, following the loss of majority support of Dewan Rakyat members.