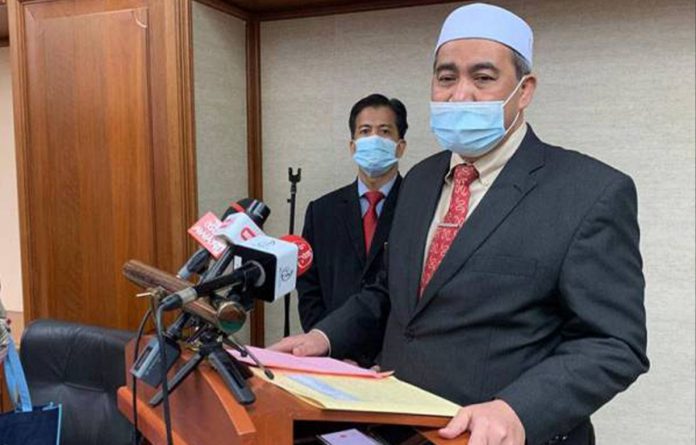 KOTA BHARU, Aug 24  — The Kelantan State Legislative Assembly today was told that the state requires about 900,000 doses of vaccine next month to ensure that the herd immunity target can be achieved in October.

State Local Government, Housing and Health Committee chairman Dr Izani Husin said his committee had received a notification from the Ministry of Science, Technology and Innovation (MOSTI) that Kelantan will receive 700,000 doses of vaccine in September.

“We are expected to receive 700,000 doses of vaccine in September. We need more than 900,000 doses if we want to achieve herd immunity in October or earlier, so we need an additional 200,000 doses,” he said when replying to a question from Abdul Azziz Kadir (PAS-Jelawat).

Dr Izani said through the campaigns implemented via billboards, announcements on RTM channels as well as cooperation with the Ministry of Health (MOH) and the state Health Department, the level of awareness among the residents in Kelantan to get vaccinated was increasing.

“In the early stages, there were some difficulties because there were anti-vaccine groups, with some had no information and were scared. Through the campaigns implemented, people were finally able to get vaccinated safely and have a positive effect.

“We also see many who go on their own to get vaccinated because we know the registration is not only through MySejahtera as there are problems with internet coverage and so on,” he said.