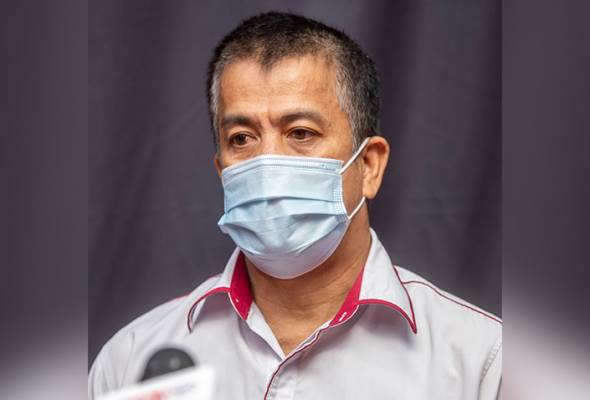 KOTA BHARU, Aug 24 — Sending patients who have recovered from COVID-19 at the COVID-19 Quarantine and Low-Risk Treatment Centre (PKRC) back to their homes is not the responsibility of the Ministry of Health (MOH), says Kelantan State Heatlh Department director, Datuk Dr Zaini Hussin.

He however said the department would still assist the patient by providing ambulance services with the cooperation of several other agencies.

The task of sending patients back to their  homes is not the responsibility of MOH, but it is an initiative we provide at the PKRC with the cooperation of other agencies like the district office for ambulance services.

“It is not our job since they have recovered but we are still taking the responsibility to ease their movements,” he told reporters after visiting the Gelanggang Seni PKRC today.

Dr Zaini was commenting on a video which had gone viral on social media after a women went live to express her anger when she was told to go home on her own from a PKRC here.

During her “live” broadcast, the woman claimed that it was the responsibility of MOH to send patients home from PKRC.

Dr Zaini also said they had investigated the video and concluded several aspects of the communication process could be improved to avoid any misunderstandings.

He said, patients are allowed to return home from the PKRC when they are free from the virus, which means they can return to their homes on their own using public transport such taxi and e-hailing.

“True, we hope to provide the privilege but the people must also know that health workers are dealing with thousands of patients.

“Apart from that we are also facing a shortage of health workers since they are offering their services to the people of Kelantan as well as other states,” he said.