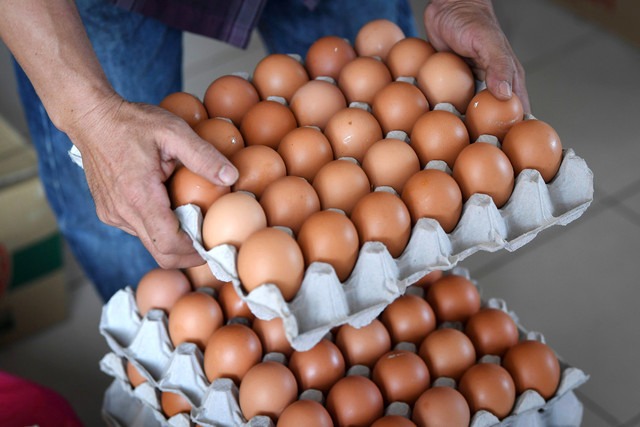 PUTRAJAYA, Aug 25  — Monitoring by the Domestic Trade and Consumer Affairs Ministry (KPDNHEP) through Ops Pasar, which focuses on three grades of chicken eggs since Aug 2 has revealed that the retail prices of chicken eggs were stable.

KPDNHEP, in a statement today, said that checks were conducted daily by price monitoring officers so as to ensure that the changes of retail prices for chicken and chicken eggs did not burden consumers and that the market remained competitive.

“Checks take into consideration the entire supply chain, including producers, breeders, wholesalers and retailers,” the ministry said, adding that it took note of media reports regarding the higher retail prices of chicken eggs compared to the previous month.

The ministry said that 136 premises, 41 egg producers and 95 wholesalers were inspected throughout Ops Pasar.

A total of 136 notices for product information certification were issued to producers and wholesalers to obtain further information relating to the price increase that occurred at the retail level.

“The retail price of 30 eggs is cheaper than that of 10 eggs. Therefore, consumers are encouraged to make a smart choice,” the statement read.

The ministry said checks and analysis of the notices answered by producers and wholesalers showed that the sale price of grade A eggs was between 37 and 38 sen per egg, grade B (between 34 and 38 sen), and grade C (between 33 and 37 sen), with a profit margin of between one and three sen per egg, respectively.

“Checks also revealed there were businesses selling at a lower price than cost till July 2021,” it said.

The ministry said it also conducted checks on 50 companies and found that the production quantity and availability of chicken eggs in the market were stable.

“Based on the companies checked, the estimated production of chicken eggs in a day is 34 million and it is able to meet the daily consumption of Malaysians, which is estimated at 30 million eggs a day.