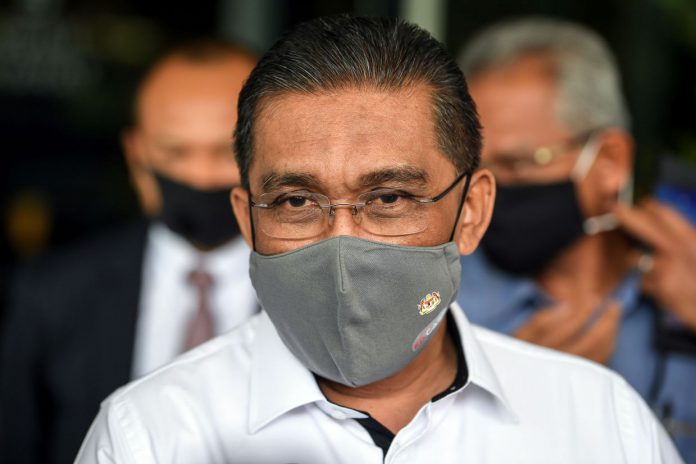 KOTA BHARU, Aug 28 — Newly-minted Energy and Natural Resources Minister Datuk Seri Takiyuddin Hassan said he did not see the change in his portfolio as a downgrade.

The Kota Bharu member of Parliament who was Minister in the Prime Minister’s Department (Parliament and Law) in the previous administration said the changes were made because Prime Minister Datuk Seri Ismail Sabri Yaakob had his own plans and work implementation targets.

“It is up to everyone’s judgment. There are also some people who said that I have been promoted because my previous post was under the Prime Minister’s Department.

“To me, what matters most is that the individual or the minister himself proves that he can do the job well. I am determined to discharge my new duties as well as serve the people and the country to the best of my ability,” he said.

He said this to reporters after attending the launching ceremony of the Kota Bharu parliamentary constituency-level National Month and Fly the Jalur Gemilang campaign here today.

On his appointment as Energy and Natural Resources Minister, Takiyuddin said he was confident that he would be able to carry out the responsibilities entrusted upon him well with the help of his Deputy Minister Datuk Ali Biju and all dedicated ministry officials.

“I am not a technical person but as far as I know, this new portfolio also covers various legals aspects related to land, natural resources and energy,” he said.

Takiyuddin said he would continue with the policies as well as initiatives that had been implemented and make improvements if necessary.

“Among matters that I will look into is areas that are still do not have electricity supply,” he added.

Siakap vs empurau, which is more expensive?