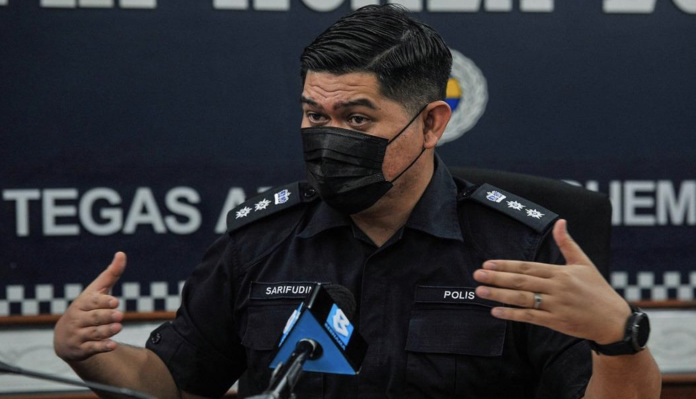 “The first suspect was arrested in Jalan Bangsar and the police seized a bottle of water believed to contain ‘ketum’ water, while five motorcyclists were nabbed for reckless riding and performing dangerous stunts on the Ampang-Kuala Lumpur Elevated Highway (AKLEH),” he said in a statement today.

Seven more suspects were detained while performing stunts on their motorcycles and racing against each other on the Duta-Ulu Kelang Highway (DUKE), he said, adding that two men were also arrested in Sentul on suspicion of using a fake vehicle registration number.

Sarifudin said police had issued a total of 978 summonses for various traffic offences during the operation.

Meanwhile, he said the police would step up operations from time to time to curb street gangsters and urged road users to comply with the law.

He said the public can contact the Jalan Tun H.S Lee Traffic Police Station at 03-2071 9999 or the JSPT Kuala Lumpur Hotline at 03-20260267/69 or the nearest police station if they have any queries or information.