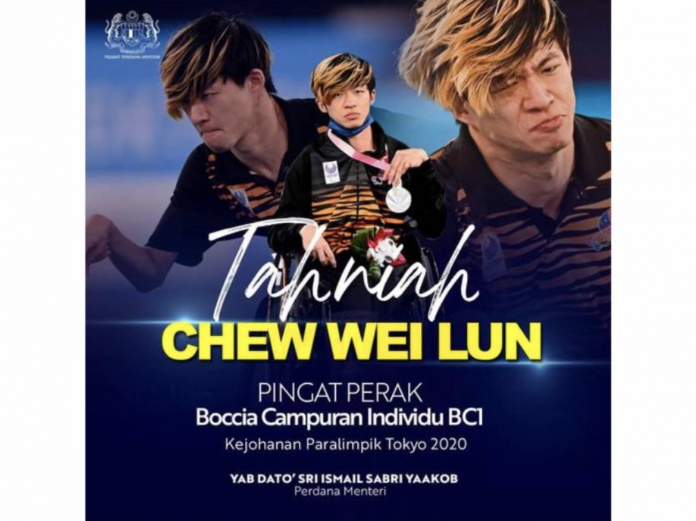 In a post on his official Facebook today, he said Wei Lun’s success is a pride of the nation.

“With the Malaysian Family, I am very proud with your achievement in garnering the silver medal in the Boccia BC1 (physical disability) mixed individual event,” he said.

Ismail Sabri also thanked the 26-year-old athlete for taking the challenge and bringing honours to Malaysia in the world stage.

The Prime Minister also recorded his appreciation of the coach and the entire Malaysian contingent.

Wei Lun who is ranked 11th in the world and fifth in Asia, qualified for the final after defeating Andre Ramos of Portugal 9-5 in the semi-final.

The athlete from Johor also created history as the first Malaysian to compete in boccia at Paralympic level, lost to Rio 2016 defending champion, David Smith of Great Britain, 2-4, in the final at Ariake Gymnastics Centre.

Travellers who fail to do professional RTK-Ag test could face deportation...