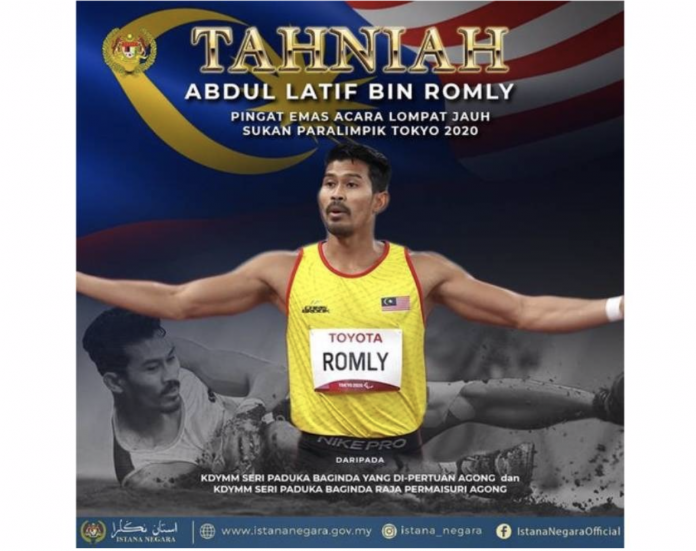 In a post shared on Istana Negara’s official Facebook account, Their Majesties said it also proved that with commitment, great fighting spirit and hard work, Malaysians are able to compete and succeed on the world stage.

“Their Majesties are also delighted and proud of his success that has brought glory to the country on the world stage.

“Their Majesties have expressed the hope that Abdul Latif’s success will also be a source of inspiration to all Malaysians, especially athletes, to work hard and strive to achieve success in their respective fields domestically and also on the international stage,” the Facebook post read.

In addition, the King and Queen also wished him well and prayed that he will continue to be blessed with continued success and glory in future competitions.

Abdul Latif, who hails from Perlis and who also won gold at the 2016 Rio edition, was in a class of his own to confirm Malaysia’s third gold medal with his very first jump – leaping to a distance of 7.26-metre (m).