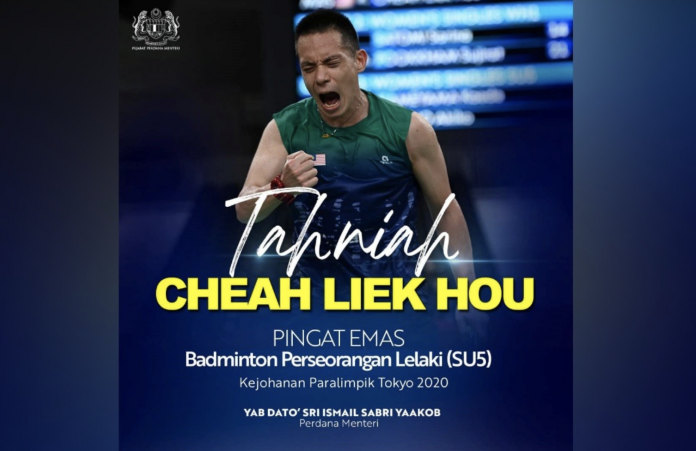 In a posting on Facebook, he described the six-time world champion’s performance as outstanding.

“Gold medal for Malaysia! Paralympic athletes continue to contribute medals for the country,” he said.

The Prime Minister said the spirit and perseverance displayed by the national paralympic athletes was an inspiration to the Malaysian Family.

The 33-year-old world number two made history when he became the first Paralympic badminton men’s singles champion, crushing his nemesis and Games favourite Anrimusthi Dheva of Indonesia 21-17, 21-15 in the men’s singles SU5 (physical impairment) final at the Yoyogi National Stadium.

PKR election is from April 22 to 29, followed by National...