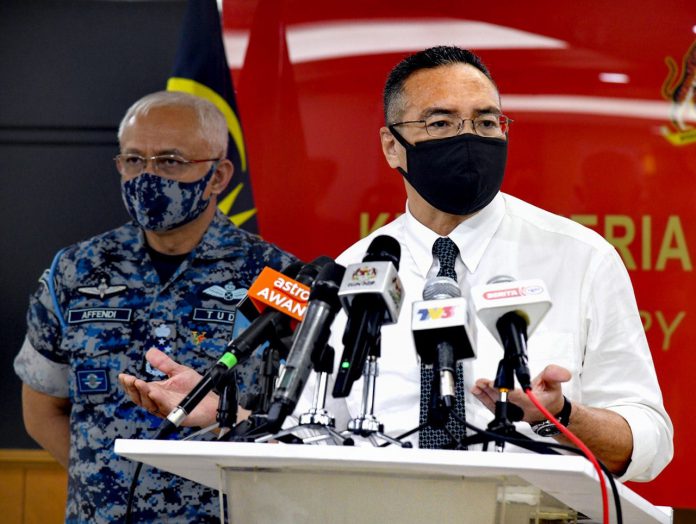 KUALA LUMPUR, Sept 6 — Senior Defence Minister Datuk Seri Hishammuddin Tun Hussein today said that the detailed discussion on the adjustment and relaxation of the standard operating procedures (SOP) in preparation for the COVID-19 endemic phase will involve three other ministers.

“The Special Committee on Pandemic Management meeting chaired by Prime Minister Datuk Seri Ismail Sabri Yaakob on Sept 2 has agreed that I, as the Senior Minister entrusted to lead the country’s pandemic management efforts under the National Security Council (MKN), involve the three ministers (in the discussion).

“So, I will call them soon to commence the detailed discussion and to make a joint decision on the SOP adjustment and other relaxation in preparation for the endemic phase,” he said in a statement here today.

Hishammuddin said as he had mentioned in the press conference on Sept 2, the country is heading towards the endemic phase and that transition into the phase would begin by the end of next month.

“As a preparation for the endemic phase, the government is looking into suitable relaxations to give to the people to allow them to go about their everyday lives with as much freedom as possible under the new normal.

“At the same time, the government remains concerned to protect people’s life and livelihood while reviving the economy and ensuring people’s wellbeing,” he said.

Hishammuddin said the SOP relaxation would probably include allowing the people to travel interstate for various reasons and opening more economic sectors.

“However, many factors have to be taken into consideration as it involves people’s health and national security,” he said.

Hishammuddin also said that he had instructed the MKN to update the SOP and relaxation given to relevant ministries to allow it to be easily understood.

No decision yet on reintroduction of GST – PM Ismail Sabri