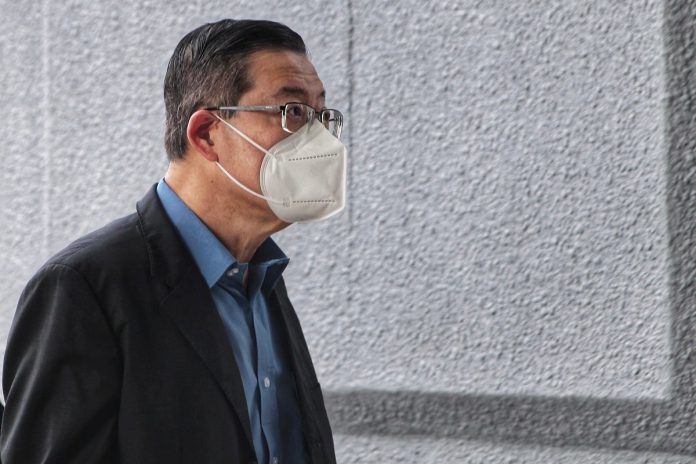 KUALA LUMPUR, Sept 8 — Lim Guan Eng’s corruption trial has been postponed to Sept 22 as the accused is undergoing self-self-quarantine after having been a close contact to a COVID-19 patient.

His lawyer Gobind Singh Deo told the court that his client was ordered to self-quarantine for 10 days from Sept 1 to 10.

“I hereby request for a postponement for the trial which should take place from today until Sept 10. We apologise for all conveniences caused,” the lawyer said.

With no objection from the deputy public prosecutor Raya Wan Shaharuddin Wan Ladin, the Sessions Court judge Azura Awi allowed the postponement and ordered the trial to resume as scheduled from Sept 22 to 24.

Lim is facing four charges relating to the undersea tunnel and major road construction projects in the state.

On the first amended charge, Lim is accused of using his position as then Penang Chief Minister to obtain a bribe of RM3.3 million for helping a company to secure the construction projects worth RM6,341,383,702. The offence was allegedly committed between January 2011 and August 2017 at the Penang Chief Minister’s Office.

On the second amended charge, Lim is accused of soliciting bribes amounting to 10 per cent of the profits earned by the company as gratification to secure the project. The offence was allegedly committed near The Gardens Hotel, Lingkaran Syed Putra, Mid Valley City, here, between 12.30 am and 2 am in March 2011.

The Bagan MP also faces two charges of causing two plots of land, worth RM208.8 million, belonging to the Penang government to be disposed of to two companies linked to the state’s undersea tunnel project, which were allegedly committed at the Penang Land and Mines Office, Level 21, Komtar, on Feb 17, 2015, and March 22, 2017.