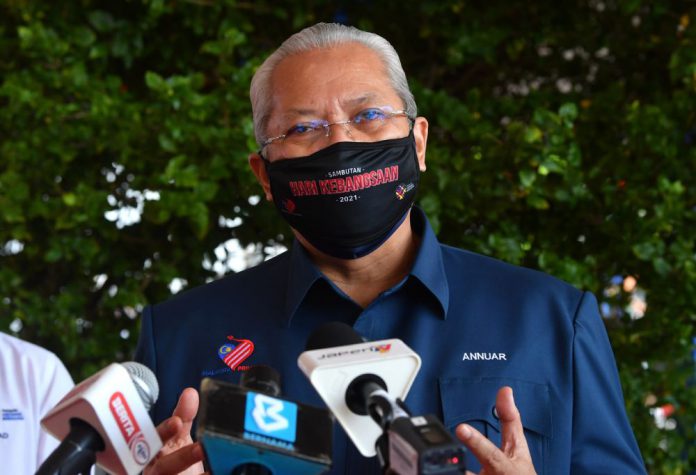 KUALA LUMPUR, Sept 10 — The Federal government’s offer today to bring transformation in Parliament and the government can change the country’s political landscape from one that is ‘confrontational’, to not too partisan in nature, says Communications and Multimedia Minister Tan Sri Annuar Musa.

He said it was a significant milestone that would have a profound impact on the country.

“It is a start, I am confident that in the near future the government will take several more transformative measures, that may not have been implemented before, but I see that the government led by the current prime minister has the ‘political will’, without any hesitation, to do good for the country,” he said while appearing as a guest on RTM’s Bicara Naratif programme entitled ‘Hari Malaysia: Kita Keluarga Malaysia’ which aired tonight.

Prime Minister Datuk Seri Ismail Sabri Yaakob today announced a seven-point plan offered by the government in implementing the transformation in Parliament and government sector to restore political stability in fighting COVID-19 and reviving the economy.

It includes the tabling of the Anti-Hopping Bill, the implementation of Vote18 soon, and limiting the prime minister’s tenure to 10 years.

Confident of the fact that the proposed transformation will be welcomed by the people and leaders from the Opposition, Annuar said he also viewed the inclusive concept that the government was trying to implement would continue to be a core thrust in the prime minister’s leadership in developing the country

Commenting on the ‘Malaysian Family’ concept, Annuar said it could imbue great strength to the unity and patriotic spirit of the people in the country.

“The values of harmony, unity, having a sense of love, concern for each other, if we translate those values in the management of the country, it becomes a management philosophy that has a very significant meaning in terms of nation-building,” he said.

In fact, he said it was apt for the concept to be introduced before the National Day and Malaysia Day celebrations.

Wait for land title deeds finally over for 679 Felda settlers