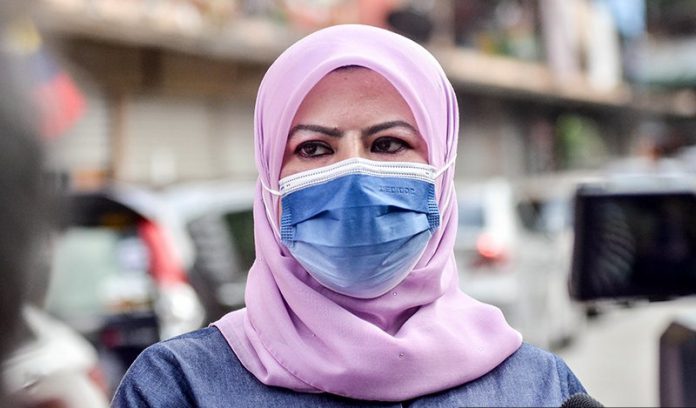 KUALA LUMPUR, Sept 12 — The Anti-Sexual Harassment Bill is being drafted collectively through a special project team and is expected to be tabled in Parliament this year, said Women, Family and Community Development Minister Datuk Seri Rina Mohd Harun.

Rina said the special team comprises representatives from the related ministries and agencies, non-governmental organisations as well as academicians experienced and knowledgeable in the matter.

“The Ministry (KPWKM) also had several engagement sessions including with Malaysian Employers Federation, Prolintas, Tribunal for Consumer Claims Malaysia, and the Housing and Strata Management Tribunal in an effort to get input in drafting the Bill,” she said in a statement today.

According to Rina, the draft has been reviewed jointly by KPWKM and the Attorney General’s Chambers (AGC) since January 2021 to ensure that the Bill would be able to truly address the existing legal gaps and implementation issues that would arise.

“I would like to stress that the legislation of the Anti-Sexual Harassment Bill will remain as the priority of the ministry with the close cooperation of the AGC.

“Currently, KPWKM is waiting for the white bill or approval from the AGC before the Bill is submitted for Cabinet approval, and then tabled for first reading in Parliament which is expected to be done this year as well”, she said.

She said KPWKM was aware of the constraints in terms of existing laws and policies such as the high burden of proof, the lack of provision of remedies to victims as well as issues of under-reporting which have shunned victims from reporting to the authorities.

Rina said although the Bill was still at the review stage, sexual harassment cases were being dealt with through various other acts and regulations.

“As such, KPWKM urges victims to continue to come forward to make an immediate report because the existing acts and regulations are being enforced to protect their interests and safety,” ​​she said.

Rina said the ministry through the Women’s Development Department (JPW) has been redoubling efforts to raise awareness through advocacy programmes to prevent sexual harassment from happening further, either in physical, verbal, visual or other forms.

She said until July 2021, JPW had conducted 65 awareness and advocacy programmes related to sexual harassment which were attended by 10,952 participants nationwide.