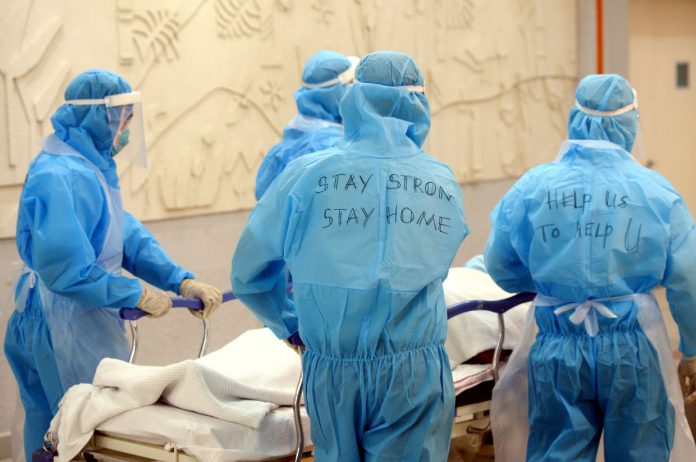 GEORGE TOWN, Sept 13 — The Penang State Health Department (JKNPP) today clarified that Penang Hospital (HPP) did not allow a COVID-19 patient who is being treated in the Intensive Care Unit (ICU) to be discharged for fear of spreading the infection outside the hospital.

“JKNPP wishes to refer to a statement and video which went viral on Facebook yesterday by a COVID-19 patient, Affendy who was admitted into HPP ICU and initial examination on the patient showed his blood oxygen level was falling to a very worrying level.

“Oxygen therapy was administered but further investigations found the patient’s condition was getting critical until the level of oxygen in the patient’s blood stabilised after using a ventilator,” he said in a statement today.

He said the intensive care specialist medical officer and ICU had informed and explained the critical situation to the patient and family members.

Dr Ma’arof said the hospital also explained repeatedly to the patient’s family members and patient on the risk which could endanger the body and life of the patient if the hospital is not allowed to provide treatment.

He said patient still did not agree with the treatment proposed and requested that he be allowed to return home at his own risk.

“The hospital is still monitoring and placing him in the ICU even though he refused to the oxygen therapy and ventilator despite his critical condition and the risk of spreading COVID-19 infection to other individuals if he was allowed to go home,” he said.

Meanwhile, he said HPP also denied that the patient was not given food in ICU when in fact he was given liquid food such as milk to facilitate digestion and avoid other complications.

Earlier, the social media was abuzz with an audio recording of a COVID-19 patient who is being treated at HPP ICU which claimed he was kidnapped and forced to be in ICU by hospital staff.

According to the audio which went viral yesterday, the patient claimed he is healthy but was forced to put on respiratory aid by ICU personnel and using the #BebaskanAffendy tagline, several individuals claiming to know the patient wanted the doctor to quickly free the man from HPP ICU.