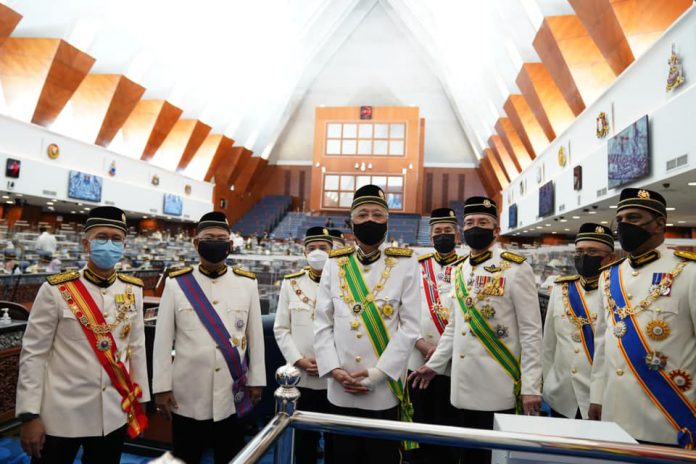 KUALA LUMPUR, Sept 13  — Prime Minister Datuk Seri Ismail Sabri Yaakob has called on all Members of Parliament (MPs) regardless of their political views, to close ranks for the sake of the nation’s recovery and improving the people’s lives.

He said this was in line with the decree of Yang di-Pertuan Agong Al-Sultan Abdullah Ri’ayatuddin Al-Mustafa Billah Shah at the opening of the first meeting of the Fourth Term of the 14th Parliament today for all parties to practise deliberative democracy in resolving whatever issues.

“In upholding His Majesty’s decree, this is the spirit in the Malaysian Family that emphasises unity, consensus and togetherness in going through the trials and tribulations,” the prime minister said on his Facebook page today.

Ismail Sabri also hoped that the parliamentary sitting this time could be smooth in the interest of the people and country.

Earlier, Al-Sultan Abdullah in His Majesty’s speech at the opening ceremony in Parliament, had among others, advised all parties to practise deliberative democracy in resolving whatever issues.

Hence, His Majesty welcomed the openness of the government in giving the opportunity to various parties including all the MPs to be involved in governing the country.

The parliamentary sitting started today with the Dewan Rakyat convening for 17 days until Oct 12 and the Dewan Negara (Senate) from Oct 4 to 26.