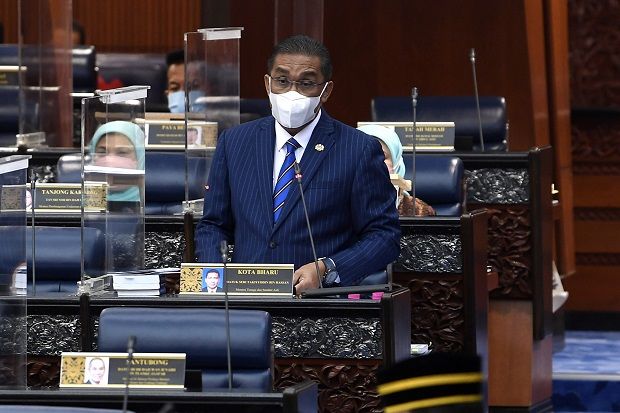 KUALA LUMPUR, Sept 20 — The Ministry of Energy and Natural Resources (KeTSA) has confirmed that there were no logging activities at the Gunung Jerai Forest Reserve since the establishment of the Jerai Geopark in 2018.

Minister Datuk Seri Takiyuddin Hassan said the area was not given the approval for clearing through the implementation of the Annual Felling Ration (CTT) although 88 per cent of the site could be cleared.

“Jerai is located in the Ulu Muda Forest Reserve which covers an area of ​​106,000 hectares, of which 12 per cent or 12,720 hectares is designated as a protected area and 88 per cent has been approved for logging.

“Though from 2014 to 2019, a total of 25,000 hectares in the Kedah permanent forest reserve (HSK) was approved for logging, no tree felling took place in Ulu Muda HSK,” he said during the question-and-answer session of the Dewan Rakyat sitting, here.

He added that KeTSA through the Forestry Department would implement a restoration project for degraded forests, including in Jerai, and a sum of RM75 million has been approved by the federal government for the programme.

He said this in reply to a question from Datuk Seri Anwar Ibrahim (PH-Port Dickson) who wanted an explanation on the extent of the ministry’s monitoring of logging activities in forest areas, especially those which have been gazetted as forest reserves and action taken on cases of violations.

On August 18, a water surge incident occurred at Gunung Jerai which claimed six lives and affected about 800 houses in Yan district and 200 houses in Kuala Muda district.

Meanwhile, Takiyuddin said under the 12th Malaysia Plan (12MP), the CTT approved by the National Land Council (MTN) was 188,550 hectares for five years and the CTT was based on the natural regeneration capacity for each area which has been cultivated.

He said the CTT was among the measures taken to monitor logging activities at HSK, apart from the issuance of the Malaysian Criteria and Indicators for Forest Management Certification (MC&I) for states involved in timber production activities.

The ministry has also set up an Integrity Unit led by officers from the Malaysian Anti -Corruption Commission (MACC) at KeTSA and the Peninsular Malaysia Forestry Department (JPSM), to monitor complaints, abuse of power and corruption in forest management, in efforts to curb revenue leakages.

Takiyuddin said the ministry has also adopted the Continuous Monitoring of Surveillance (COMOS) initiative developed by the Sarawak Forest Department, while all long-term SFMLA and other logging licence holders in Sabah have been subject to independent third party audit since 2010.