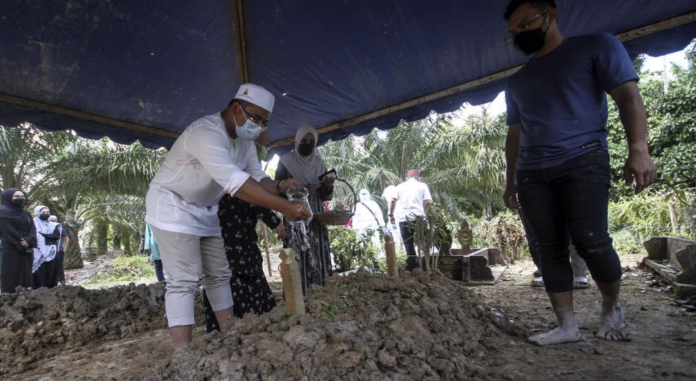 PONTIAN, Sept 22 — Selangor Menteri Besar Datuk Seri Amirudin Shari has described his father’s death as a big loss to the family as he was their idol and source of inspiration.

He said Shari Mokhsin, 67, was also a father who was resolute in bringing up his six children.

“He taught me to be resilient by looking at how he went through life first as a general worker, small-time gardener and taxi driver.

“That was what inspired us as a family. We lost the person whom we idolised in the family because he was the example of a person who was patient and calm when faced with challenges in life,” he told reporters after his father’s funeral at the Kampung Parit Asam Kumbang Muslim Cemetery in Benut here today.

Amirudin, the second in the family, said doctors confirmed that his father died of a heart attack yesterday.

Amirudin expressed his thanks to neighbours, friends, leaders and others for their prayers following his father’s passing.

Yesterday, Amirudin, in a tweet, said he managed to communicate with his father at 1.27 pm via WhatsApp before receiving news of his death at 5.30 pm.