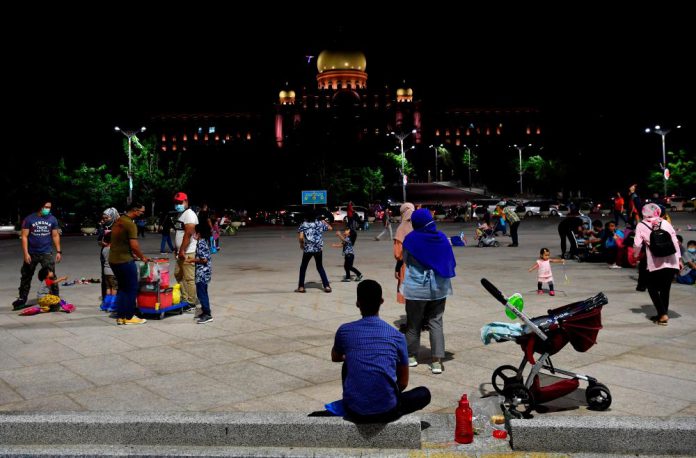 PUTRAJAYA, Oct 3 —  Visitors to Putrajaya have been reminded to adhere to COVID-19 standard operating procedures (SOP) as their every action is now being monitored round the clock via close-circuit television (CCTV) by the Putrajaya Command Centre (PCC).

“Now, any irresponsible action will be announced on PPj’s social media platform. This is not meant to intrude their privacy or to humiliate them, but to spread awareness to the public that every violation can be detected by PPj and other enforcement agencies,” he said.

Muhammad Azmi said there were 462 CCTVs and 89 panic buttons equipped with alarms and lights and in which the technology is capable of recording conversations with complainants.

“PCC also monitors the entire Putrajaya, especially public places with over 100 loudspeakers installed to warn visitors to comply with the SOP such as physical distancing and the wearing of face masks, and if there is a need to disperse gatherings.

“If non-compliance is detected in any area after warnings, PCC will directly contact the Putrajaya district police headquarters and PPj to send their patrol teams to the location immediately for further action,” he said.

He said the effort was important to curb the spread of COVID-19 during movement control order relaxations as the country was still facing the pandemic threat, in turn avoiding another lockdown that would affect the economy.

Muhammad Azmi was disappointed that there were still visitors who litter everywhere despite rubbish bins being provided.

He added the public has a responsibility of keeping Putrajaya clean in a bid to make the Federal Territory a beautiful and green city.

For visitor Elina Malek, 31, the installation of CCTVs in public areas was a good move, saying that during emergencies, help can be sought immediately.

“I never knew there were many safety facilities around Putrajaya. Based on observations while carrying out leisure activities, I noticed panic buttons. I feel these initiatives should be expanded, especially in secluded areas,” she said.

Another visitor, Nur Muhamad Rahim Radzuan, said the facilities provided were very good because it is in line with Putrajaya’s vision to be a safe city.