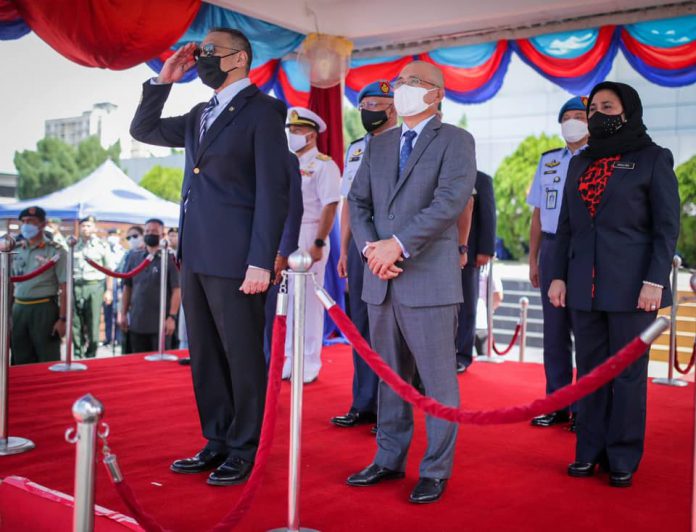 KUALA LUMPUR, Oct 6 — The government will seek the views of experts before deciding if a state election should be held in Melaka, Senior Minister Datuk Seri Hishammuddin Tun Hussien said.

Hishammuddin, who is also Defence Minister, said views will be sought from the National Security Council (MKN), the Election Commission (EC) and the Health Ministry (MOH), with Sabah being made as a case reference.

“I will obtain the views of experts on possible effects of holding a state election in Melaka.. we had gone through a similar situation in Sabah and witnessed the implications. We need to consider this when deciding if Melaka should go to the polls.

“We do not want current or temporary political considerations to jeopardise the larger national agenda which is to ensure the people’s safety during the COVID-19 pandemic, so what happened in the Sabah state election must be considered,” he told reporters at a handover ceremony of food aid by the Ministry of Agriculture and Food Industry (MAFI) to the Defence Ministry in conjunction with the Mindef Prihatin Basket Programme here today.

Hishammuddin said the EC would discuss with the MKN on standard operating procedures (SOP) for the Melaka state election before bringing the matter to the country’s top leadership.

Yesterday, the EC received the official notification about the dissolution of the 14th Melaka Legislative Assembly.

This means that the state will have to hold a snap election within 60 days.

Meanwhile, Hishammuddin said the government will not make hasty decisions on interstate travel and would instead prioritise the concept of ‘reopening safely’.

“The government is being responsible and careful… this is for the people’s safety and to ensure the flexibilities given are based on scientific data that MOH feels comfortable with,” he said.