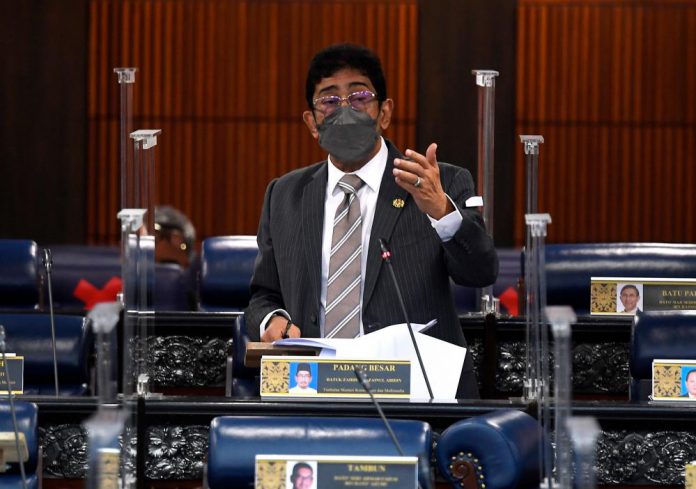 KUALA LUMPUR, Oct 6 — The government has no problem in allowing private companies to offer internet and telecommunication services through satellite technology, provided that it is at an affordable price, said Deputy Communications and Multimedia Minister, Datuk Zahidi Zainul Abidin.

He did not deny that rural areas, especially in hilly areas, would still face problems, even if new telecommunication towers were built.

“The government intends to provide internet coverage, especially in rural areas using satellites, because sometimes these hilly areas, including secluded plantation areas, do not have internet connection.

“So this is important, but the use of satellites is expensive. The government has never increased the price (telecommunication bill) unless the consumer wants to add data. In terms of bill payment, we maintain the price to help people,” he said when winding up the 12th Malaysia Plan (12MP) debate at Dewan Rakyat today.

Zahidi said this in response to the interjection of Datuk Seri Wilfred Madius Tangau (UPKO-Tuaran), who wanted to know whether the government has plans to use satellites to provide telecommunication and internet coverage in rural areas.

On the provision of 5G networks, Zahidi said that the Malaysian Communications and Multimedia Commission (MCMC) would ensure that cooperation between telecommunication companies such as Telekom and the sole provider of 5G infrastructure and network nationwide, Digitial Nasional Berhad (DNB) is successful.

Previously, MCMC stated that it would regulate and monitor DNB to ensure that all telecommunications service providers have open, fair and equal access to the whole 5G network, for the development of retail services based on 5G technology.

Meanwhile, Zahidi said that MCMC has opened a total of 86 investigation papers regarding the dissemination of content that was insulting to race, religion or the royal institution on social media platforms, from 2018 until August this year.

“Four cases were brought to the court. The efforts by MCMC will continue, based on reports and complaints received,” he said.

Muhyiddin: Meeting with Tun M was to explore possibility of cooperation...

More aid for the people after BKC – PM Ismail Sabri