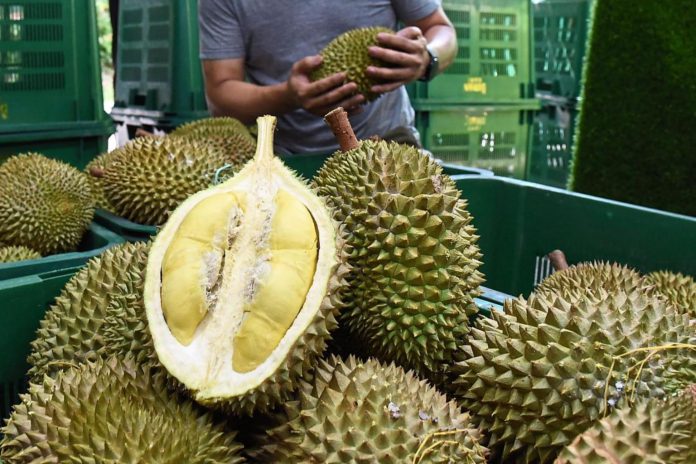 KUALA LUMPUR, Oct 12 — In the five years since 2016, the value of durian exports abroad has grown by RM74.8 million or 107 per cent, said Deputy Agriculture and Food Industries Minister I Datuk Seri Ahmad Hamzah.

He said the great response to Malaysian durians had caused the value of durian exports to increase every year.

He said that until last September, Malaysian durians had been successfully exported to 22 countries with five countries recording the highest exports, namely Hong Kong, China, Singapore, the United States and Australia based on the 2020 records.

“As the country importing the highest value of durian from Malaysia, Hong Kong contributed to the increase in durian export value of RM57.52 million,” he said.

Ahmad said the government did not impose any export tax on durians exported abroad because it wanted to help the durian export market to remain competitive, grow rapidly and compete with durians from other countries, especially Thailand.

“Malaysia’s durian export market is expected to continue to grow faster in the future,” he said.