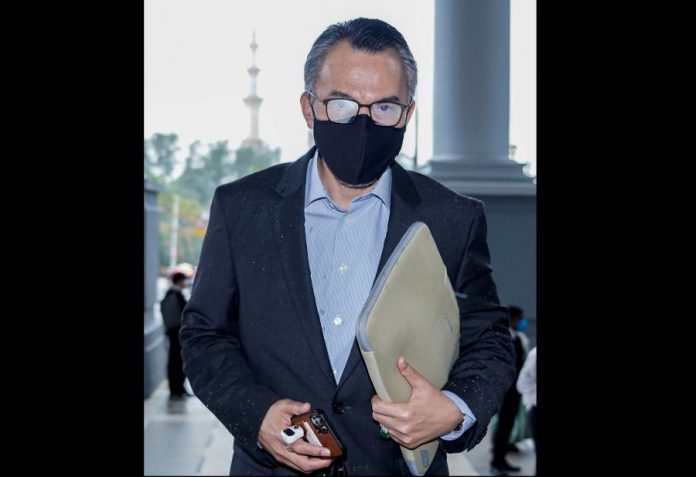 KUALA LUMPUR, Nov 17 — The High Court was told today that none of the 1Malaysia Development Berhad (1MDB) Board of Directors (BOD) members was aware of the US$700 million transferred to a company owned by the fugitive businessman Low Taek Jho or Jho Low.

Former non-executive director of 1MDB Tan Sri Ismee Ismail, 57, said the matter was made known to them during a BOD meeting.

“During that meeting, 1MDB chief executive officer (CEO) Datuk Shahrol Azral Ibrahim Halmi informed the BOD that the transaction involving the transfer of US$700 million to the company was done because Good Star Limited (the company owned by Jho Low) was an affiliate to PetroSaudi International Ltd (PSI),” he said.

The 13th prosecution witness said it was during the same meeting that the entire BOD expressed their disagreement with the management’s action in transferring the money to the company without seeking prior approval from the BOD.

“The BOD was disappointed with the management who ignored the board’s instruction. At that time, non of the BOD members knew that the US$700 million paid by 1MDB was to the Jho Low’s (company) account,” he said.

Ismee said the 1MDB management should have sought prior approval from the BOD pertaining to the money transfer as it involved a huge financial impact on 1MDB.

“At the BOD meeting, Mohd Bakke was furious to find out that the Joint Venture Agreement (JVA) was nothing like what was approved by the BOD and that several items included in the JVA did not seem right as if there was something hidden,” Ismee said.

The witness said they (the BOD) had to be careful so as to protect the Government-to-Government ties.

On the JVA between 1MDB and PSI, the witness said Mohd Bakke told the BOD Special Meeting on Sept 26, 2009, that Najib wanted the BOD to expedite the decision and to firm up in approving the proposed JVA.

“Before the meeting, Jho Low gave his phone to Mohd Bakke and the latter then told everyone that it was “PM call” and excused himself to answer the call.

“Soon after, he (Mohd Bakke) returned and told the meeting that Najib wanted the BOD to expedite the decision and firm up in approving the proposed JVA,” he said.